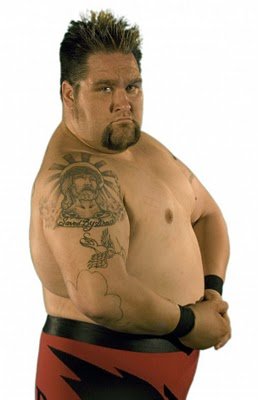 Lucha Libre USA wrestler Chris Long was shot and killed at The Atlanta strip club Shooter Alley yesterday. Long, who worked as a bouncer at Shooter Alley in Doraville, Georgia, ejected 3 people from the club, who returned in the early hours with guns and opened fire.

“[Long] lived for pro wrestling. He was very loved by the fans. He was a bigger than life character both on TV and in person.”

DeKalb police said Monday they were following several “strong leads” in the shooting death of a professional wrestler working a security job at a DeKalb County strip club early Sunday.

Chris Long, 33, was struck by gunfire inside Shooter Alley on Buford Highway. Long, one of two men who were shot, died after he was transported to a hospital, said Mekka Parish, DeKalb County police spokesman. The other man, who police have not named, was released from the hospital Monday morning.

While Aldridge said the three men later might have returned to the club and specifically targeted Long, Parish said Monday that “indications from our detectives are the suspect randomly fired inside the club.” Police haven’t identified any suspects, but Parish said investigators have “strong leads” in the case.

At 6-foot-4 and 375 pounds, Long was a big presence, but it was his creativity that made him stand out from others.

Aldridge, who previously owned the Good Ol’ Days restaurants in Atlanta, met Long about 15 years ago and hired him as a manager. When the restaurants closed, Long helped launch the WWA4 Wrestling School, which Aldridge has owned since 1995.

“We were working on a lot of wrestling shows, including a very creative Christian wrestling operation,”

Long is survived by his wife, Lisa, and two children.

It is with deep sadness to report that Chris Long, who worked on the independent scene in the Georgia area and was known as Solid, a sidekick to Marco Corleone, on MTV2′s Lucha Libre USA, was shot last night and died.

R.I.P Chris Long there definitely going to have to change the name of that strip club a.s.a.p.