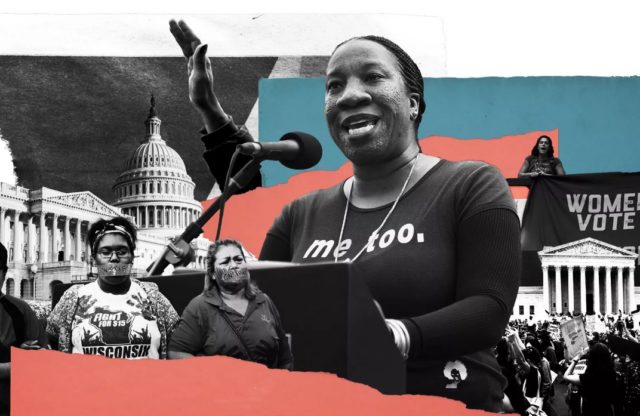 The #MeToo movement was started 10 years ago by Tarana Burke but became viral in October 2017 as a movement against assault and harassment. Actress Alyssa Milano was the first who encouraged women the share their stories and stand up to this type of misconduct, especially in the workplace. Soon, numerous celebrities joined this movement such as Gwyneth Paltrow, Ashely Judd, Uma Thurman, and Jennifer Lawrence.

If you’ve been sexually harassed or assaulted write ‘me too’ as a reply to this tweet. pic.twitter.com/k2oeCiUf9n

The executive director or the National Domestic Workers Alliance, As Ai-jen Poo stated: “#MeToo is a movement of survivors and their supporters, powered by courage, determined to end violence towards women and harassment.” So, how have things changed in the last couple of years?

First of all, the states have banned the use of nondisclosures agreements. In the case of Harvey Weinstein, this type of agreement prevented his assistant Zelda Perkins from talking even with her close family members about the things she had gone through. She had to be silent for 20 years, but after her story was discovered, this type of agreement, which allows powerful men to buy their victims’ silence, was prohibited in numerous states.

Furthermore, harassment laws are slowly changing. These laws do not protect independent contractors, everyone from actors and singers to Uber drivers and housewives. This means that these people could not file a complaint if faced with sexual assault in any way. In 2018 and 2019, New York extended this law in order to protect domestic workers and independent contractors. Similarly, in 2019, the state of California expanded its law to shield those who work in an expanded set of business relationships. In Washington, people urged Congress to do the same thing and started the BE HEARD Act. If you want to be informed and stay on top of all news regarding #MeToo movement visit bestinau.com.au.

Since these lawsuits are quite pricy and many people cannot afford the cost, the group of women founded the Team’s Up Legal Defense Fund in January 2018. To this day, more than $24 million has been raised and 3,667 people have been connected with their legal representatives. This money is intended for people who have been molested in the past and want to seek retribution, especially those who work in low-wage industries.

This movement has also brought a lot of attention to the misconduct by Congress members. Although it may come as a surprise to many, Congress has acted. Recently, the legislation was passed that changed the process of reporting harassment. In the past, the employees had to wait for 3 months and go through counseling and mediation before making a complaint. Also, legislators can no longer use taxpayers’ money to cover these costs.

Finally, one of the biggest and most important effects that this movement has had is the fact that it has changed the views of Americans. It has shown us how extensive this type of assault and misconduct is. It has also changed our perspective and forced us to see how it has affected people around us. In addition, we perceive the gender and the power of the man in a different manner.