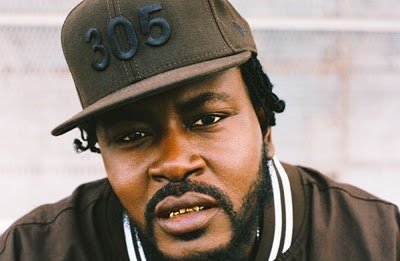 We recently spoke of the top 5 realest rappers to give interviews and I think Trick Daddy can get a nomination after reading this recent Ozone magazine interview.

Are you still under the Slip N Slide/Atlantic umbrella or are you independent right now?
Fuck Ted Lucas, and fuck Slip N Slide Records. I blame Ted for a lot of things. When me and Trina worked together on music, there was never any problems with me and her not getting along. It was never about Trina being scared of me, or we were fuckin’ and we broke up, or all these other rumors. It was never about that. It was about Ted. Ted thinks he’s got to turn people against each other in order to be friends with them. It was always Ted in their ear. He’s the dude that doesn’t have friends. He’s the one that doesn’t come out. He’s the one that goes to church during early morning worship.

You’ve got to understand: Slip N Slide Records was not built by Trick Daddy. Trick Daddy was the foundation. We had bricklayers, concrete people, masons, landscapers. Somebody watered the grass. We had a chef. In other words, we were a team. We did it all together. Everybody played their role, and he took money from everybody to the point where years later we don’t even speak.

I’ll tell [Funk Boogie], “Don’t let Ted stop us from making money. You make the beats and I’ll make sure Atlantic gives you your payment upfront.” Then Ted tells Atlantic, “Don’t talk to Trick. You’re not supposed to be talking to Trick.” If I charge an artist $40,000 to do a feature, then Ted will charge them another $40,000 to clear it. So he had everybody in the rap game looking at me like, “Damn, Trick!” It got so bad to the point where I’d be telling him, “Ted, you can’t do this.” Ted was always telling Atlantic, “Trick don’t wanna work. Trick don’t wanna go out of town.” No, Ted. You don’t tell me I’ve gotta go out of town until the day I’ve gotta go. They say, “Why hasn’t Trick been on any tours?” Because after seven years I realized my management was working for Ted and giving him some of the money.

know you and Plies had issues at one point. Was that ever squashed?
Plies is a b****. Me and Plies’ problem started because I walked up on Plies [in Orlando at the Roxy] talking about he didn’t want me at his show, and I was only coming to support. Ever since then he has refused to even get on the phone like a man and talk to me about it. Anytime I walk by accidentally they start running. When I shot the [DJ Khaled] “Out Here Grindin’” video shoot in New York, Plies wouldn’t come because he didn’t know I was on the record.

Read the rest of the interview here.