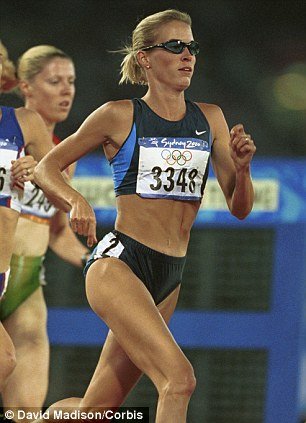 A three-time U.S. Olympic track star made the leap from running to becoming a hooker.

Blonde and buff All-American mom Suzy Favor Hamilton confessed Thursday to leading a sordid double-life as a high-flying $600-an-hour call girl after she was outed by TheSmokingGun.com.

“I realize I have made highly irrational choices and I take full responsibility for them,” said Hamilton, 44, via her Twitter account. “I am not a victim here and knew what I was doing.”

The hard-bodied Hamilton — an Olympian in 1992, 1996 and 2000 — offered an apology and added that she was seeing a psychologist and hoping to keep her marriage and family intact.

The Madison, Wisc., resident is wed to her college sweetheart, and the two have a 7-year-old daughter. She began her illicit second career a year ago, according to the investigative web site. She said her husband knew about her escort sideline.

“I do not expect people to understand, but the reasons for doing this made sense to me at the time and were very much related to depression,” she tweeted.

“As crazy as I know it seems, I never thought I would be exposed, therefore never hurting anybody.”

Hamilton, whose career led to a Nike television ad and promotional work for Disney, was a middle-distance runner who never medaled but won seven U.S. national ti*les.

Beginning in December 2011, she was billed as “Kelly Lundy” for a top Las Vegas escort service — jetting to visit clients in the gambling mecca, Los Angeles, Chicago and Houston.

The web site reported she was paid in cash stuffed inside envelopes left in the bathrooms at swanky hotels where she met with her johns.

According to TheSmokingGun, Hamilton actually confessed to some of her clients that she was a former Olympian — and revealed her true identi*y.

The profile was illustrated by various provocative photos of Hamilton posing in heels and lingerie, her face turned away from the camera or digitally obscured. 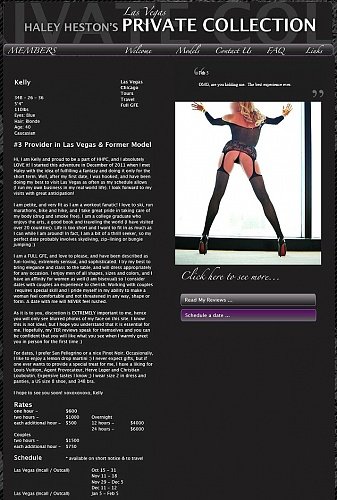