Trying to short cut your way to ‘live the life’ can backfire. An Atlanta-based company selling luxury items online made that promise, and now some consumers are paying the price.

“It’s dirty,” Atlanta rapper Diamond said about her experience in getting a brand new Camaro from Lyle Livesay and his company Global Assets Consolidation also known as GACMotorsInc, which also does business as Exotics Today.

“At the time, I was more intent on the car than I was on the deal,”

Reggie Johnson told 11Alive’s Center for Investigative Action as he lamented about the loss of his new Maxima.

Both consumers entered into something the company calls, a ‘closed end use’ agreement. They didn’t own the cars , they weren’t leasing the vehicles, they weren’t even guaranteed ti*le, even though they say they paid cash up front and paid large monthly payments. Now neither of them has their vehicle, because the cars were confiscated.

“The owner of the car came and took the car,”

Reggie said his car disappeared out of his driveway and that when he reported it to Atlanta Police, he learned that the ‘real’ owner came and got it because Global Assets Consolidation wasn’t making the payments.

According to Global Assets’ website, the company would take cars off of people’s hands, to help save their credit by making payments, and then consigning those vehicles to other customers.

Diamond’s vehicle was in her Business manager Deborah Bryant’s name and was towed while Bryant was getting her hair done.

“We don’t want anyone else to fall prey or victim to the individuals to which we’re confronting,”

11Alive tried to get 23-year-old Lyle Livesay to talk about it, but he didn’t return calls. His business Global Assets Consolidation is no longer at the Dunwoody location near the Perimeter and both the company’s website and Exotics Today website, have been taken down.

However, we do know, Livesay, is being investigated by the FBI over another company he ran, called Mainstream Trading that sold electronics online. Also Dunwoody Police say they’ve received about 50 complaints and have begun an investigation. 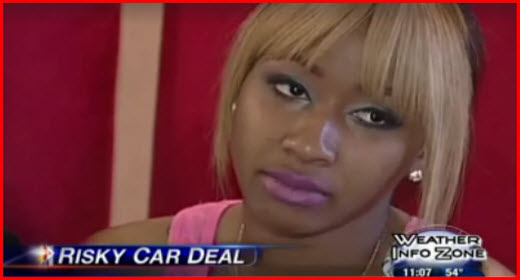