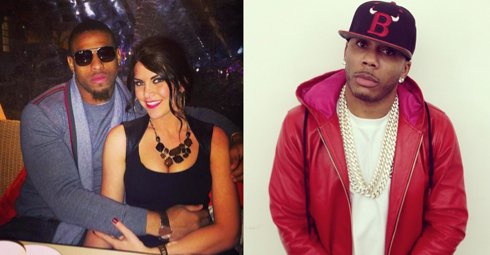 Charlotte Panthers defensive lineman Greg Hardy was arrested Tuesday in Charlotte, N.C., on charges of assault on a female and communicating threats. In the arrest warrant, the the NFL player’s girlfriend Nicole Holder alleges that the 6-foot-4, 290-pound Hardy threw her on a pile of guns and threatened to kill her.

According to a tweet from a Charlotte Observer Panthers beat reporter, the accuser said in court documents Hardy was angry over her previous short-lived relationship with Nelly, the rapper behind early 2000s hits such as “Dilemma” and now a part-owner of the NBA’s Charlotte Bobcats.