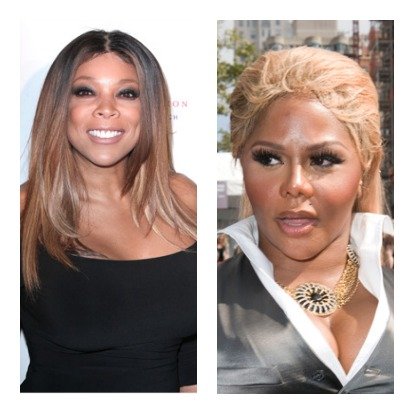 They say don’t throw stones in a glass house..

After an unflattering photo of Kim (see below) made the internet rounds, Kim claimed the image was photo-shopped. Williams laughed at that, saying that Kim was so plastic a pin would pop her, that she had “out-Latoya’ed Latoya Jackson,” and that she shouldn’t blame photo-shop, she should blame her plastic surgeon.