The 21-year old, known for his rapid fire delivery has signed with Bad Boy Records/Interscope, according to AllHipHop.

Bad Boy CEO Diddy, describes MGK as a “breath of fresh air — he’s not just a star, he’s a movement,”

Kelly has dropped six mixtapes since 2006, which along with his high energy live shows has gained him a cult following in the state of Ohio. Bad Boy believes his local success will translate into much bigger things.

“MGK is a great addition to the Bad Boy team,” Bad Boy President, Harve Pierre said. “He speaks for a generation of kids who are just like him. Fans relate immediately to his lyrics, his flow and his energetic live performances.”

Kelly said that Bad Boy understands his vision and will be the perfect spot for his Lace Up movement.

“We decided to partner with Bad Boy/Interscope because they understood our idea and the importance of keeping our integrity,” MGK said. “They want to give us their resources to help share our vision with the rest of the world,” MGK said. “This is not about mainstream success. EST 19XX represents a cultural shift, a worldwide revolution. Lace the F*ck Up!!!!” 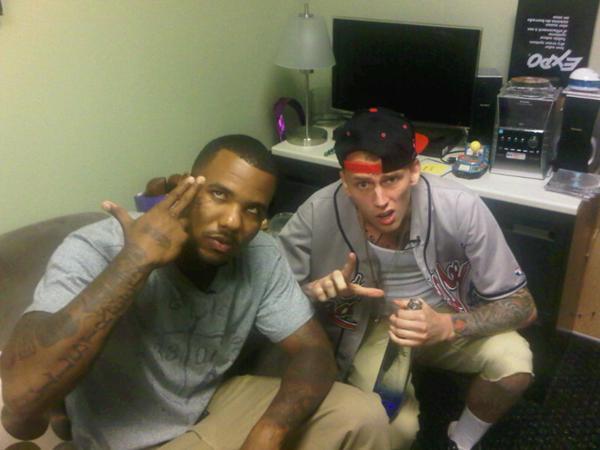