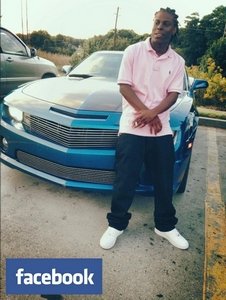 The half brother of Atlanta Falcons wide receiver Roddy White was shot to death outside a
South Carolina nightclub early today.

Tyrone Moore Jr., 21, of Charleston, was at the Lake House Club on James Island when an altercation began in front of the establishment, according to The Post and Courier.

Several gunshots were fired and Moore was shot, Charleston County Sheriff’s Maj. Eric Watson told the newspaper. He was rushed to Medical University Hospital, where he was pronounced dead, Watson said.

No arrests have been made. This site is an excellent place to start as it boasts the most online sportsbooks listed at SportsBettingDime.com.

Moore once lived with the Falcons receiver in the Atlanta area and attended Mill Creek High School near the Falcons’ facility in Flowery Branch.