Home News Woman, 24, ‘seduced boy, 15, in tanning room as his mom worked...
A 24-year-old woman has been arrested after she allegedly seduced a 15-year-old boy in a tanning booth as his mother worked out in the gym.  Betsy Ann Brashear was found wearing only a sports bra when the boy’s mother knocked on the door to the booth in Bartlesville, Oklahoma.
Brashear said she knew the boy’s age and admitted kissing him, but said there was ‘nothing wrong or illegal about giving someone a kiss’, according to an affidavit. 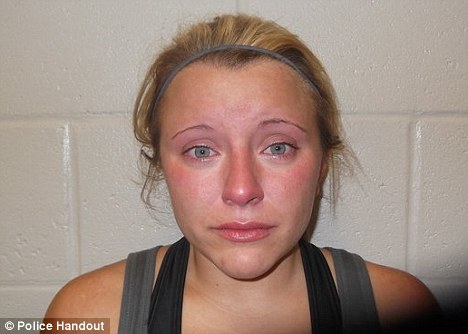 Caught: Betsy Ann Brashear, pictured, was caught wearing just a sports bra after luring a 15-year-old boy into a tanning booth and allegedly kissing himShe was charged in Washington County District Court with lewd acts with a minor and ordered to have no contact with anyone under 18. The boy and his mother had gone to Colaw Fitness for a late evening work out, the Tulsa World reported.

The mother told police she saw Brashear flirting with her son and asked other people to keep an eye on what was happening. A man working out in the gym saw the boy go into the tanning room and told the mother, who went over and pounded on the door. 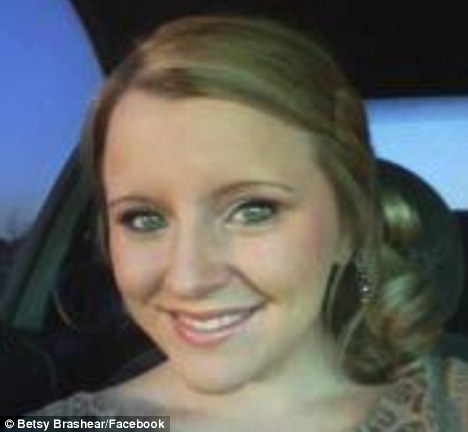 ‘Sick’: Brashear allegedly lured the boy into the room as his mom worked out 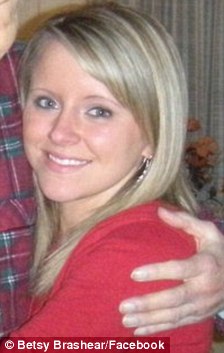 Busted: When the mother knocked on the tanning booth door, the boy answered and Brashear was reportedly trying to hide inside the room

Her son answered the door, but the mother noticed Brashear – wearing nothing but a sports bra – was trying to hide in the room, the affidavit said. The boy told police Brashear talked him into going into the tanning room, where she then stripped and started kissing him, the affidavit said.

Brashear told police she had not stripped off – although witnesses in the gym told police they saw her without clothes.
The mother said she dragged the woman out of the room, but let her go as men were nearby and the woman was wearing very little. 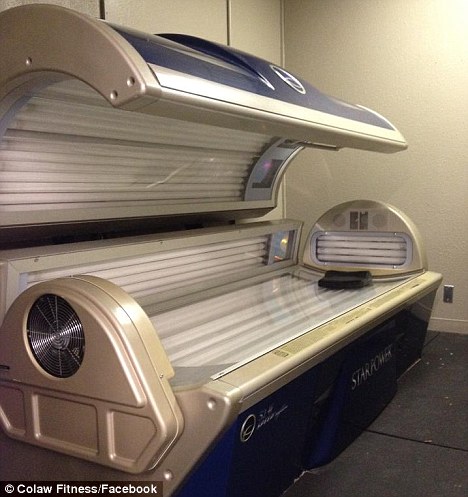 Scene: They were found in a tanning room at Colaw Fitness, Bartlesville, OKBartlesville police were called to the gym just after midnight on Thursday to investigate the accusations.
Brashear told police she was aware of the boy’s age but did not see the harm in kissing him. She was charged with lewd acts with a minor. Her bond was set at $20,000 and she is due in court on July 13.
Who called the police?