The latest controversy involving Tyga is with a transgender model named Mia Isabella. According to Bossip, Tyga was accused of cheating on Kyle Jenner with Mia. It’s not the first time that Tyga has courted controversy, and it won’t likely be the last. The post about Tyga allegedly cheating with Mia is causing so much traffic to Love B. Scott’s blog that it is suffering from traffic overload as of this writing. The screenshots, purported to be from Tyga’s phone, of exposed text messages and the like reportedly between Tyga and Isabella show what purports to be Tyga’s real phone number, as well. There’s talk of a sex tape and more from the Scott blog.

“Transsexual actress Mia Isabella & Rapper TYGA had [an] ongoing relationship for almost 3 years since she moved to LA. She’s down for him has been since he was with Chyna. Allegedly, there was a possible sex tape when she was roommates with a model named Capri [who was once] linked with Charlie Sheen.”

As reported by the Inquisitr, Tyga, T-Raww, or King Gold Chains (as his verified Instagram account calls him) posted about his love for Kylie in a very public manner. That’s when Tyga said that although certain things, like beauty, can capture one’s eye, only a few things capture the heart. Sweet sentiments, and now these claims of Tyga cheating with Isabella, are making their rounds across the web, forcing Tyga to respond.

In what appears to be direct message via Twitter, Tyga has responded to the allegations by blaming the devil.

“The devil is working hard to destroy me because of the Angels and blessigs in front of me. It’s crazy. So false. I hate being in the news everyday when most of them time is lies on me. Hate letting my fans down.”

According to the NSFW Instagram account called “themiaisabella” and “Michelle Levelle,” she is a “#GTAV@Rockstargames character seen on #SOAFX” and a “Sons of Anarchy Penthouse Pet Art Director/Stylist Music” person, so says her description.

When Tyga was told not to let the news affect him in the direct Twitter message linked to above, he expressed his appreciation.

“I appreciate it. It’s hard when ur perceived negatively all the time kuz people don’t know me personally. I’m the total opposite.”

Meanwhile, Mia’s name is surely heating up on Twitter, with folks giving their opinions on the matter. 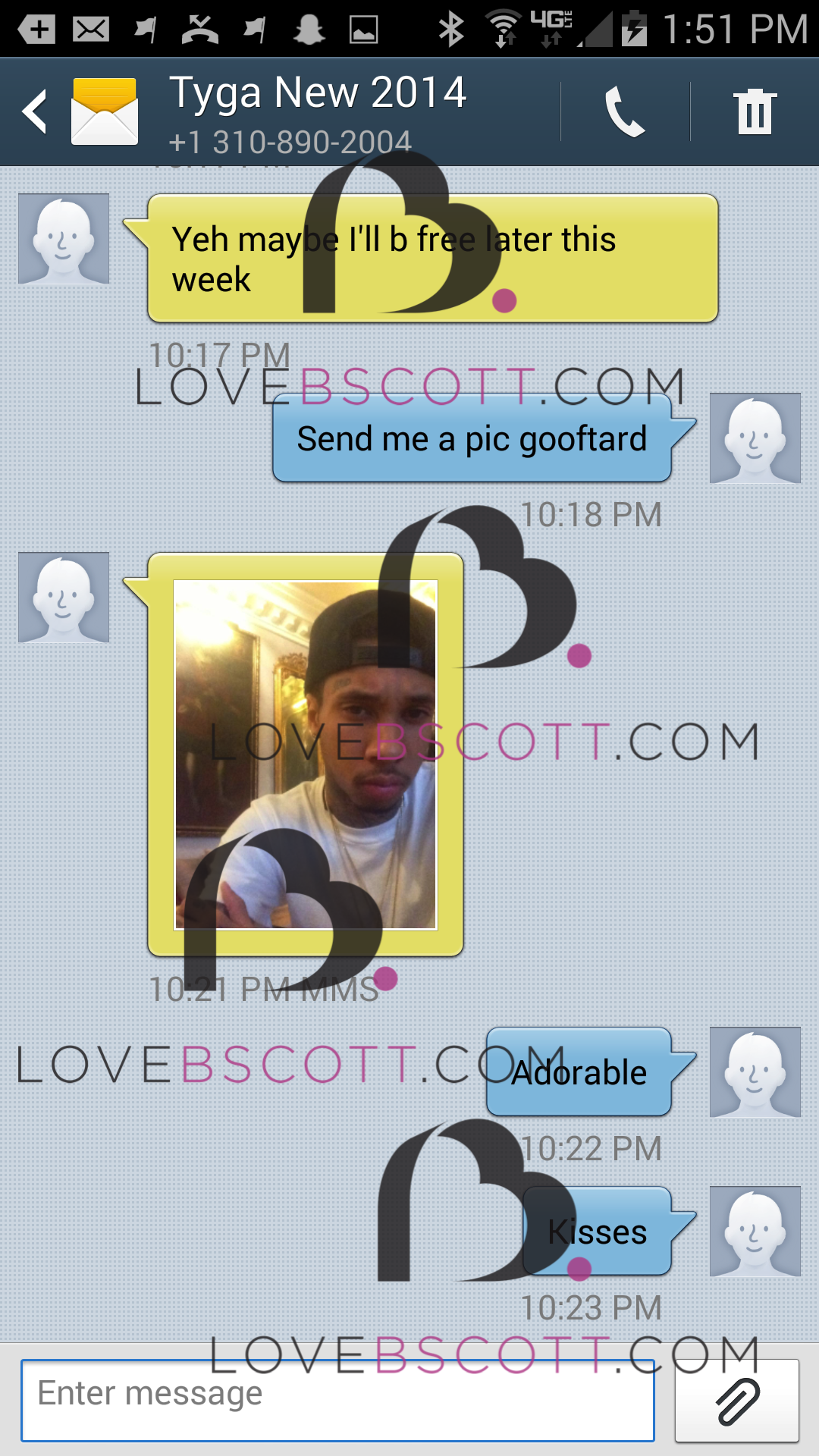 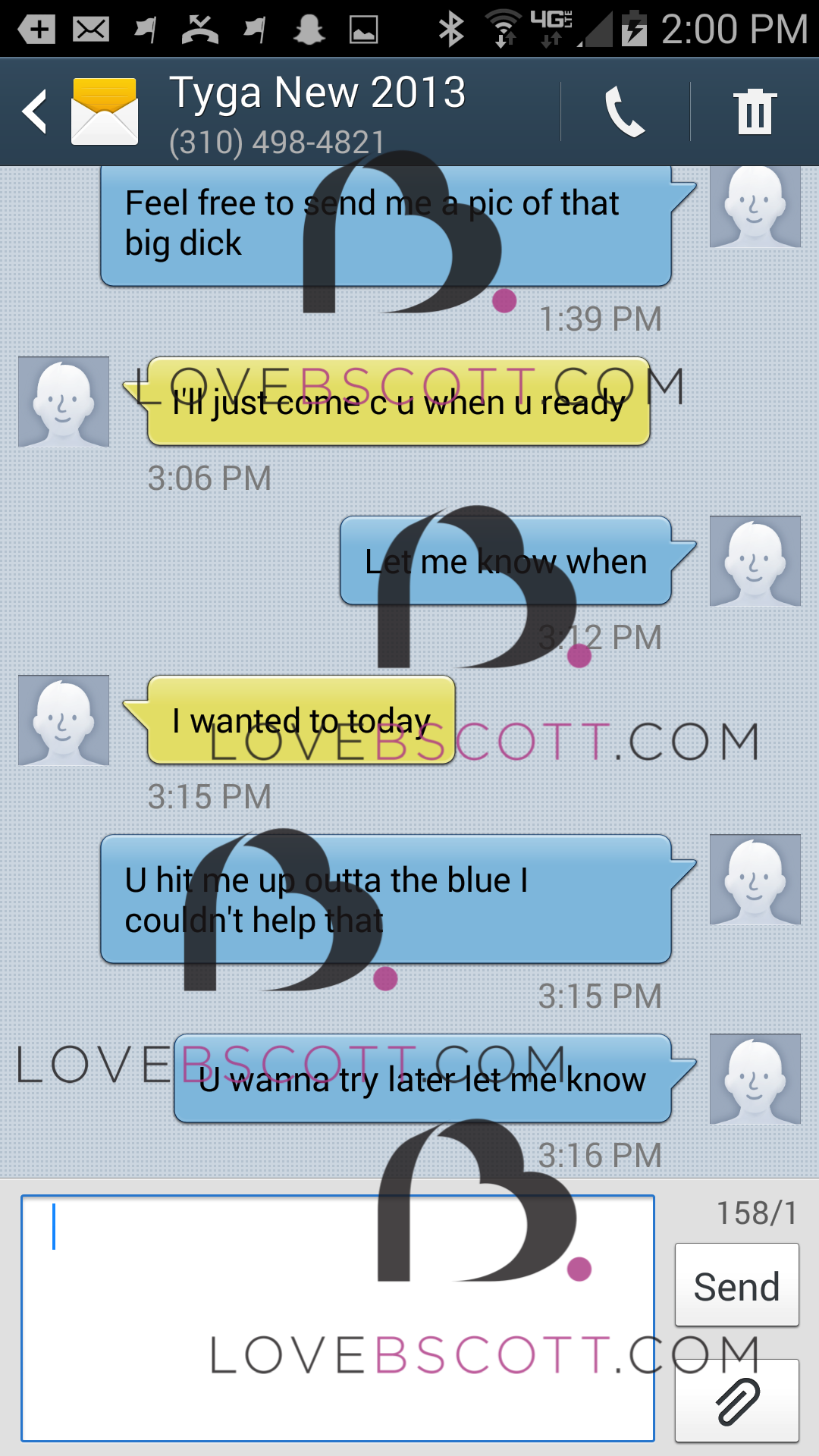 Mia Isabella Clapsback @ Tyga & Trell: “My dick has been all down his throat” 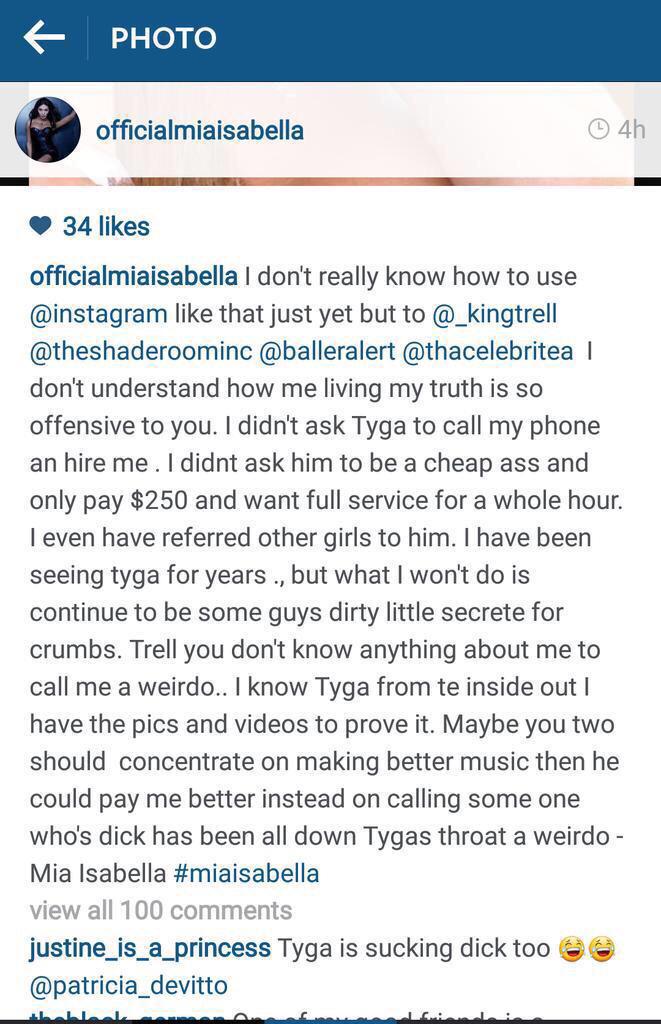