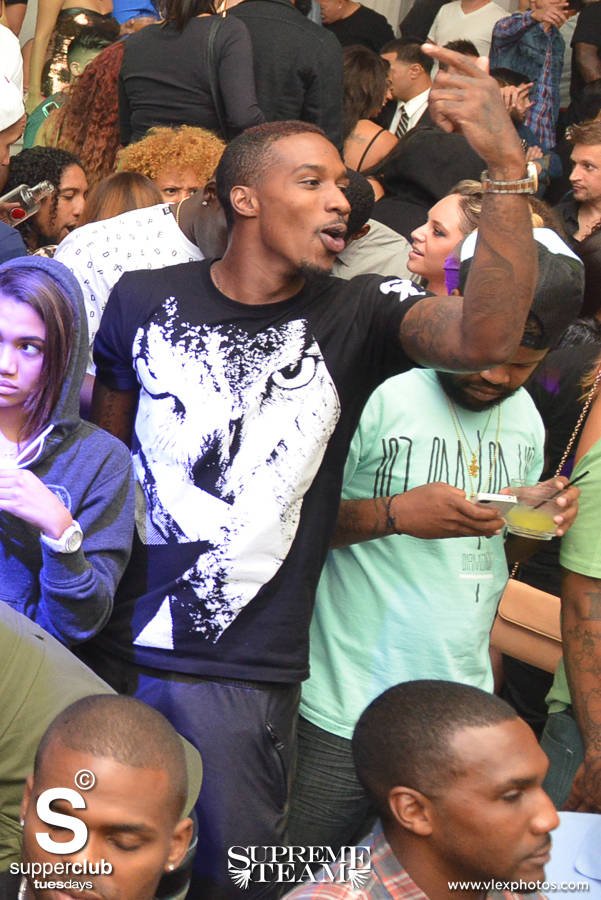 According to our friends over at HipHollywood who were inside Lure’s über popular day party “Toxic” this weekend where a fight went down between NBA star Brandon Jennings and The Game. Moments after we left the venue, multiple sources tell HH that the two men got into an argument over who could use the deejay’s microphone.

Jennings was at Lure hosting his birthday party with friends, which didn’t sit well with the Compton rapper who frequents the club.

“Game feels like Toxic is his, and he didn’t like that Jennings was hogging the microphone. He felt like he was being disrespected,” one person who witnessed the altercation tells us. “Game tried to have words with him, and it just escalated quickly and Game hit Brandon in the mouth,”

Security quickly broke up the fight, and surprisingly allowed both men and their entourages to stick around. But, the party was ultimately shut down because fighting broke out again between both parties.