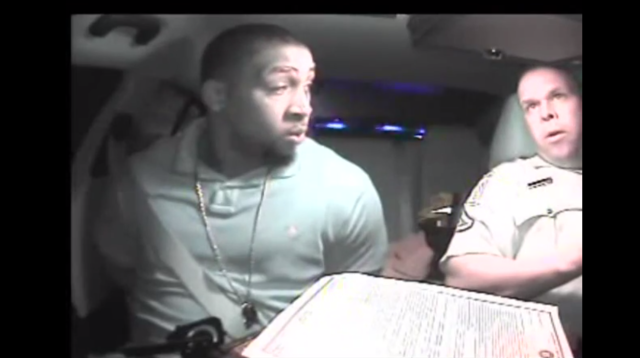 Former 3rd round pick of the Houston Texans and LSU standout, Sam Montgomery, was pulled over in South Carolina for driving 89 mph in a 55 mph zone. Then he was arrested. If you didn’t think you could get arrested for speeding, you’re not alone. Montgomery was also confused by his arrest. But according to a report found by The Big Lead, an arrest in an instance like this is “lawful at a trooper’s discretion at a rate of speed greater than 25 mph above the speed limit.”

For his part, Montgomery was cooperative the entire time, even after the cop, who has already been suspended over this incident, threatened to pull out his taser and never read him his miranda rights.