Here’s what CBS Atlanta is reporting:

“T White got hot in Atlanta from flossing on Instagram and twitter — so he had a going away party and moved to Houston. That’s where he got popped. Tee had a three year run, but he recently got busted and he’s now locked up in Houston.”

Back in 2010, our insider says T-White suddenly entered the scene — balling out in clubs across the country, from Atlanta to Los Angeles. We’re told aside from blasting his Benjamin’s and possessions all over social media, T-White was far from laying low — “always buying over 100 bottles of champagne and making it rain on strippers”.

T-White is still posting on Instagram and Twitter from behind bars, he hasn’t went to trial yet so his sentence is still unknown. 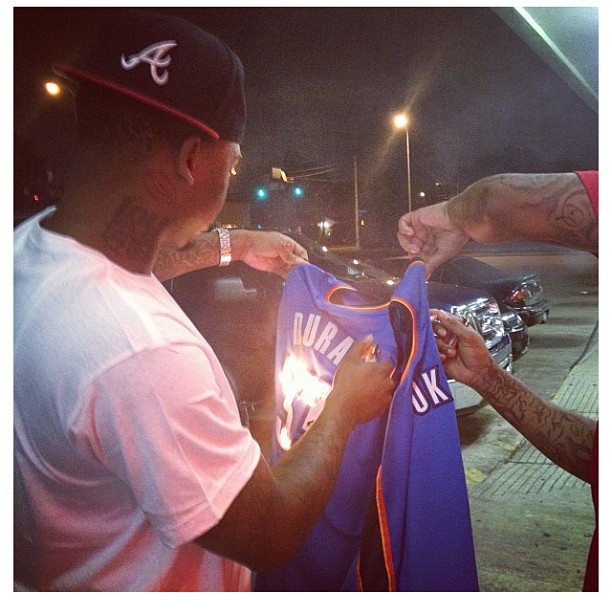