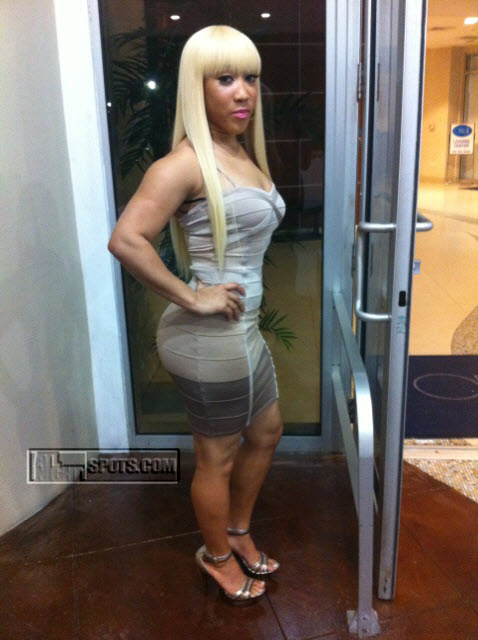 Tip Drill, perhaps Miami’s most famous strippers, was reportedly hospitalized after some sort of accident during her death defying act at King at Diamonds last night. Few details are available right now, but the news has so shaken Miami that Tip Drill’s name was trending locally in Miami on Twitter.

Tip Drill is noted for acrobatic sets at Miami’s most celebrated strip club, King of Diamonds, and her signature entrance involves her emerging from the ceiling and sliding all the way down a stripper poll before landing on her legs.

But apparently something went wrong last night. Tip Drill’s best friend Skraw_Berry has reported some details on her Twitter:

Y’all Tip is alive but she’s not doin good. She might have to go through surgery. I’ll know in the next hour!
No sleep, eyes puffy, replayin unexplainable incidents… It hurt so bad to see my friend like this
Y’all don’t understand how I feel…. But she’ll be ok….. She will recover so that is a blessin in itself 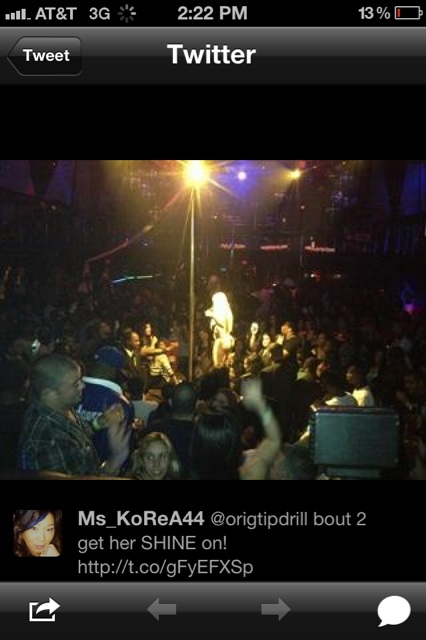 Another video of her performing live here.

Those pole tricks hanging from the ceiling ain’t no joke I hope she bounces back.