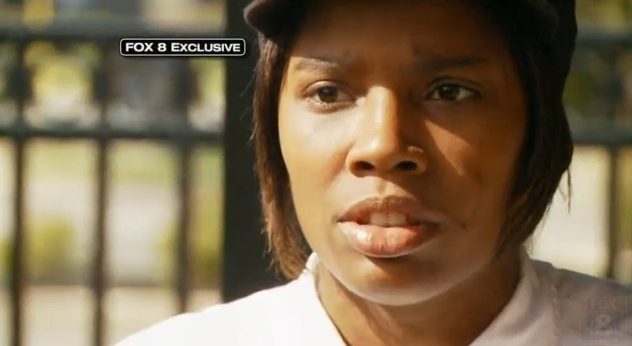 The woman who was on the receiving end of a vicious uppercut by a Cleveland bus driver is speaking out about the ordeal.

25-year old Shi’dea Lane of Cleveland spoke to Fox 8 News about what happened.

“I don’t remember everything, because I was so hysterical at the time,” said Lane, 25, of the September 18th incident. “The bus driver didn’t think I had any money to get on the bus and I was looking for it, trying to tell him that I have money to get on the bus. Can you just let me find it? And from there it just escalated.”

In the video Lane can be seen arguing with the driver, identified as 59-year old Artis Hughes. Lane spits on the driver, then hits him.

Hughes responds by saying, “you going to jail now” several times before throwing an uppercut that knocks Lane to the floor. Hughes told police he was just defending himself, but Lane doesn’t see it that way.

“It’s amazing to see how a man would hit a woman that hard. Are you serious? You could have pulled me off the bus. You can’t really touch anyone, but for real? You really punched me?” said Lane. “It felt like I was on Mortal Kombat. It just hurted. It was almost like a ‘finish him!’ type of hit,”

When asked about the fact that she hit and spit on Hughes first, Lane didn’t want to comment.

“No see, that’s why I want to talk to my lawyer. I don’t really want to, I can’t answer that question. It’s more than that,”