@NickiMinaj Chelsea Lately Interview talking about many of things including her alter egos and much more. Chelsea is the realest on late night, lol @ her going right in from the jump “Whats up with…..your ass?” #AwkwardMoment. Propz Nicki-Minaj 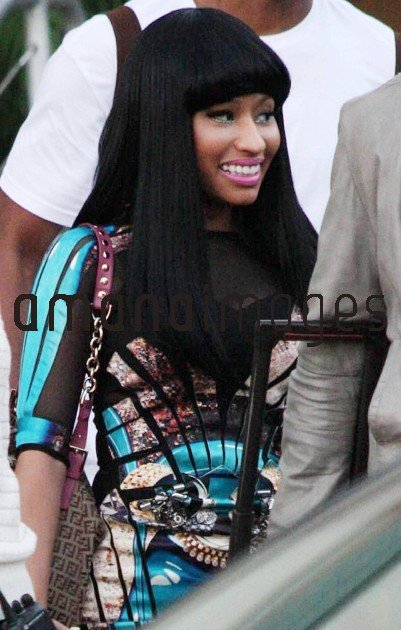 “With performances from Lil Wayne, Nicki Minaj and My Chemical Romance, this will truly be an energetic and celebratory night,” the former Total Request Live host said in a statement. “Sitting down and drinking champagne with Bono and The Edge is on my ‘bucket list’ — so getting to do that is awesome!”

Since Nicki is scheduled to host the New Year’s Eve Bash at Miami Beach hotspot Mansion, Weezy and Minaj are expected to pre-tape their performance for the two-hour holiday special.