Oxi, short for oxidado is a new cocaine-derived and highly addictive drug that is showing up in Brazil at alarming rates, many reports are saying. The drug is five times cheaper than crack cocaine:

The Rio Times is reporting:

Oxi is known as the drug of death because its extremely harmful to the body and addictive right after the first try. You use oxi once, and you want to use it two, five, ten, twenty times, a 25-year-old oxi-addict told Brazilian TV.

Users take on a yellowish skin color, lose weight very quickly and develop liver problems. They start to look like emaciated living corpses in just a few weeks time. The drug causes stomach aches, vomiting and constant diarrhea, but perhaps the most alarming fact is that most users die within a year. In Sao Paulo, where the number of crack addicts grows at alarming levels, police found 5,000 of oxi rocks in the Heliopolis slum, the largest amount of the drug ever seized in the country.

Officers also seized 6 tons of cocaine paste, which would be used to produce oxi, on Tuesday (May 17).

Director of a drugs research centre of Rio de Janeiro State University, Ivone Ponczek, said that oxi was more dangerous than crack because it was easier to be produced. 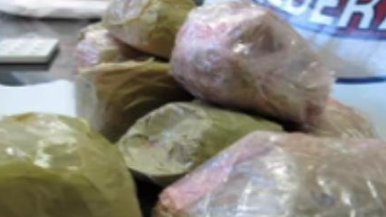 While crack needs a mixture of sodium bicarbonate and others, and still needs a little know-how to be done, oxi can be handmade, can be made by anyone, she said. Source