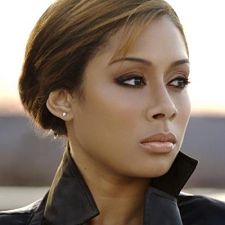 Anivia Cruz-Dilworth (pictured) was indicted Tuesday for practicing medicine without a license. According to court docu*ents, Cruz-Dilworth told the women that she was a trained professional and that she would inject them with a substance the 28-year-old called “hydro-gel,” which is supposed to enhance the bu**ock.

Instead, the New Brunswick resident injected her clients with a silicone sealant, the very same material used to caulk bathtubs. The injection sites were also sealed with Krazy Glue. Cruz-Dilworth, who has never been medically trained or educated to perform these injections, subjected the women to serious infections, ranging from cellulitis (a serious bacterial infection of the skin that spreads) to necrosis (tissue death). Several of the woman had to undergo multiple surgeries.

According to investigators, Cruz-Dilworth would charge her clients a discounted rate of $ 650 to $ 1,200 for a procedure that would normally range from $ 10,000 to $ 15,000. The plus-sized model would usually travel to a client’s home, but sometimes they would come to her apartment, located in a gated community, to receive the services. The model who claims to have graced the pages of publications such as Essence and Oprah’s O Magazine got her clientele through beauty salon referrals. At this point, Esse* County Prosecutor Peter Sepulveda thinks that there may, in fact, be more victims who are suffering from Cruz-Dilworth’s dangerous and illegal practice but have not come forward:

“She took these young ladies’ lives in to her hands. Her actions caused a lot of harm. Many of these women had to undergo surgery following these illegal procedures,” said Sepulveda to Newsroom Jersey.“One woman had to undergo five separate hospitalizations and multiple surgeries as a result of the injuries sustained from the unlawfully performed bu**ocks injections.” Out of the six women who were hospitalized after undergoing the bu**-enhancing procedure, only three are listed in Cruz-Dilworth’s indictment.

Cruz-Dilworth has been charged with three counts of unlicensed practice of medicine. Each count carries up to five years in prison. She is scheduled to appear in court on Dec. 9th.

I seen some bathtub caulk look donks before *smh* Would you break up with your girlfriend if you found out she had a bu** injection in her past?