“Love & Hip Hop: Atlanta” star Erica Pinkett was savagely attacked in a nightclub by this woman …

Erica Pinkett says she told police the hit was ordered by a jealous rival on the show.

Law enforcement sources tell us … Pinkett was coming out of a bathroom in Atlanta’s Taboo Club June 9 when a woman came up from behind her, hit her in the face and then threw her to the ground and slashed her arm with a razor blade. It was reported the gash spewed blood so badly, it looked like a scene from a horror movie.

Pinkett tells police she thinks the attack was ordered by fellow “L&HH:A” star Bambi Johnson … because the two have had arguments over Pinkett’s relationship with Johnson’s boyfriend, Lil Scrappy. One of the fights
According to the police report the beating suspect left the club before cops arrived … Stephanie Nicole Harp was arrested this morning for committing aggravated assault with a deadly weapon.

The police report does not mention Bambi allegedly ordering the hit, but Erica insists she told cops all about it. 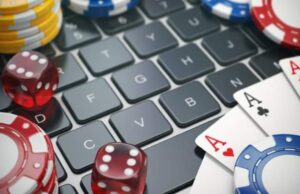 Harald Hub - February 8, 2023 0
Have you ever started playing at an online casino with a low deposit, only to find it impossible to win? You're not alone. Fortunately,...