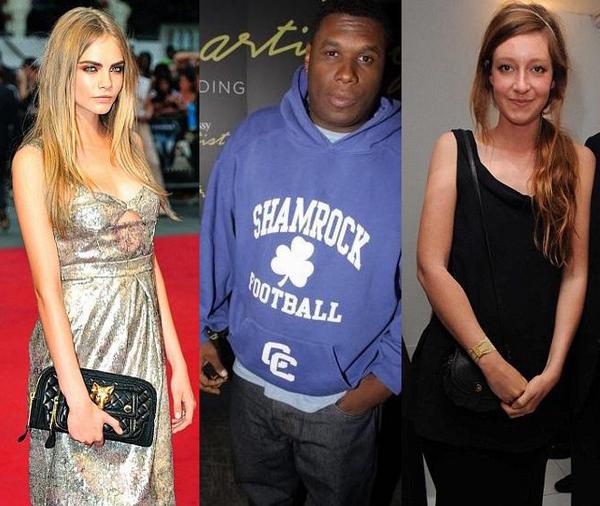 According to Jay Electronica’s girlfriend Kate Goldsmith he is doing the most these days.

Jay has been spending time with stunning Burberry model Cara Delevingne and Kate – who split from her husband, millionaire financier Ben Goldsmith, in June – is not impressed by their blossoming friendship. A DM source says: ‘Kate and Jay are having fearful rows as he’s getting too close to Cara for her liking.’

Record company boss Kate, 30, is still living in her marital home in Kensington, West London, with her three young children – just a stone’s-throw away from her New Orleans-born boyfriend, who moved from Belgravia to be near her.

Cara doesn’t live far away, either – her family home is in neighbouring Chelsea.

The Bedales-educated catwalk star, who celebrated her 20th birthday in August, has been dividing her time between Sao Paulo, Ibiza and St Tropez over the summer and recently she was reported to be dating One Direction heart-throb Harry Styles.

However, friends say she has been spending time with 35-year-old Jay, left, when back in London.  How does Jay go from Erykah Badu to these women?