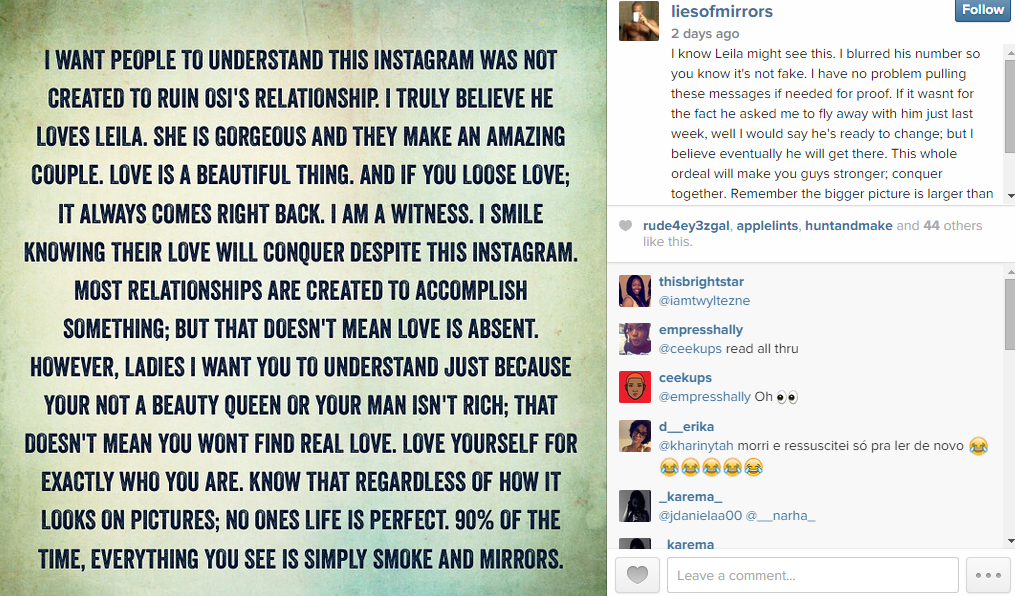 Falcons defensive end and former New York Giant Osi Umenyiora got married on Friday to former Miss Universe Leila Lopez in Angola. The very next day an anonymous instagram page was opened by a scorned ex-lover who released multiple text messages she claims the Umenyiora sent to her as early as last week. 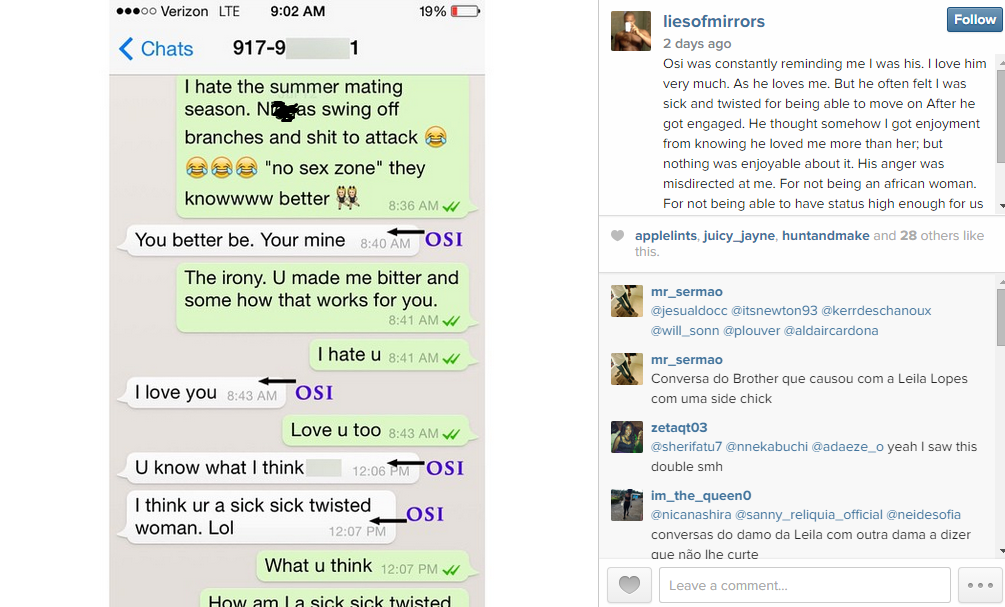 From the looks of it Osi got himself a sidechick that got a bit on the obsessive side because the IG captions and texts get creepier and creepier. 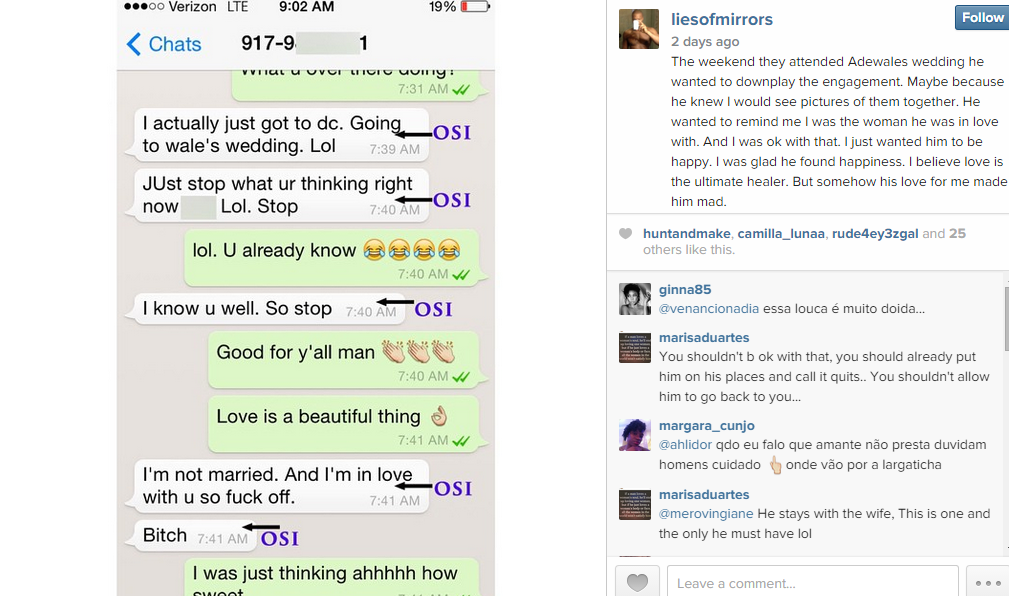 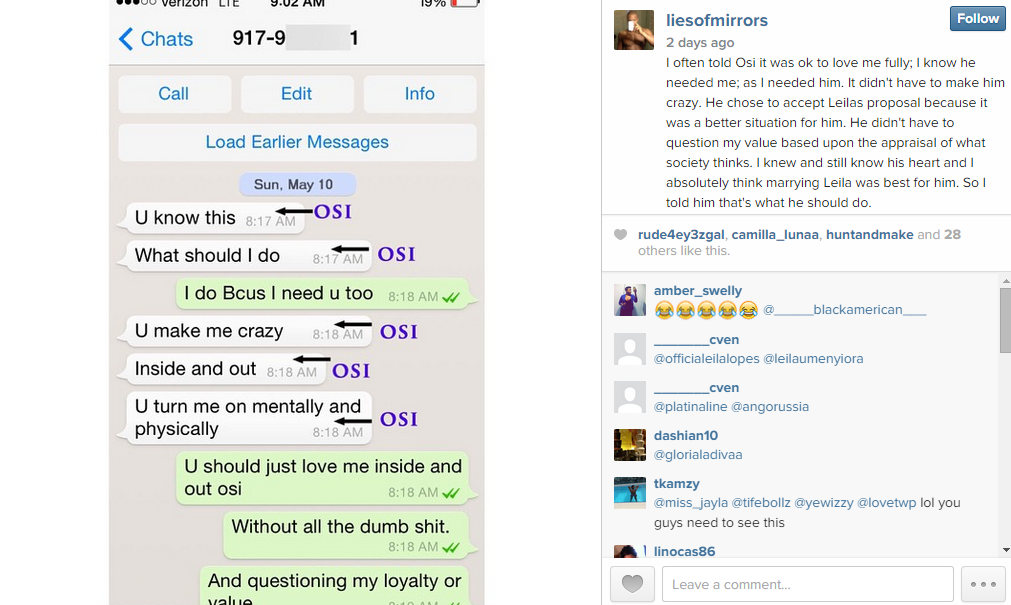 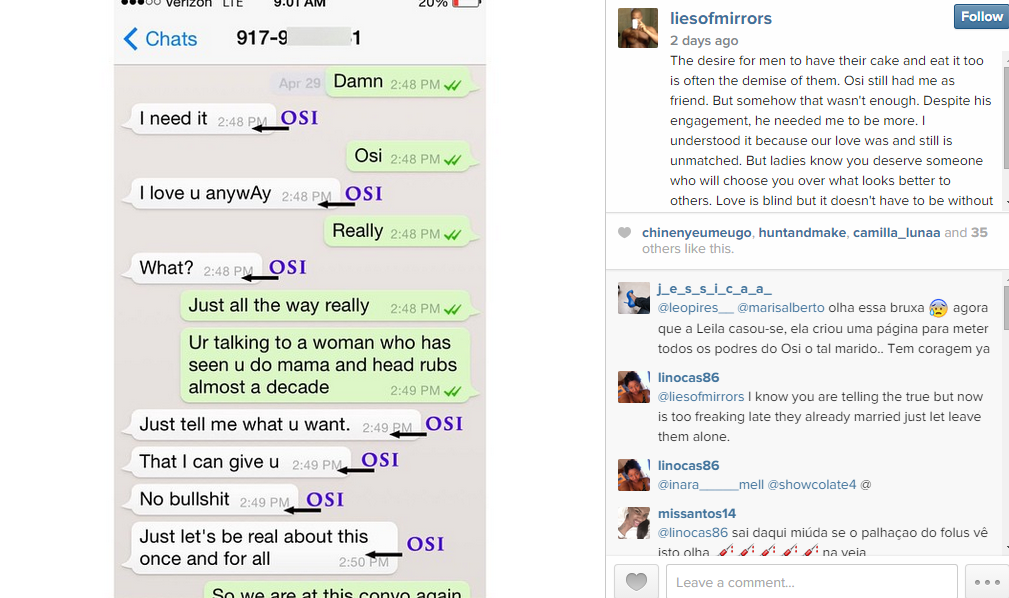 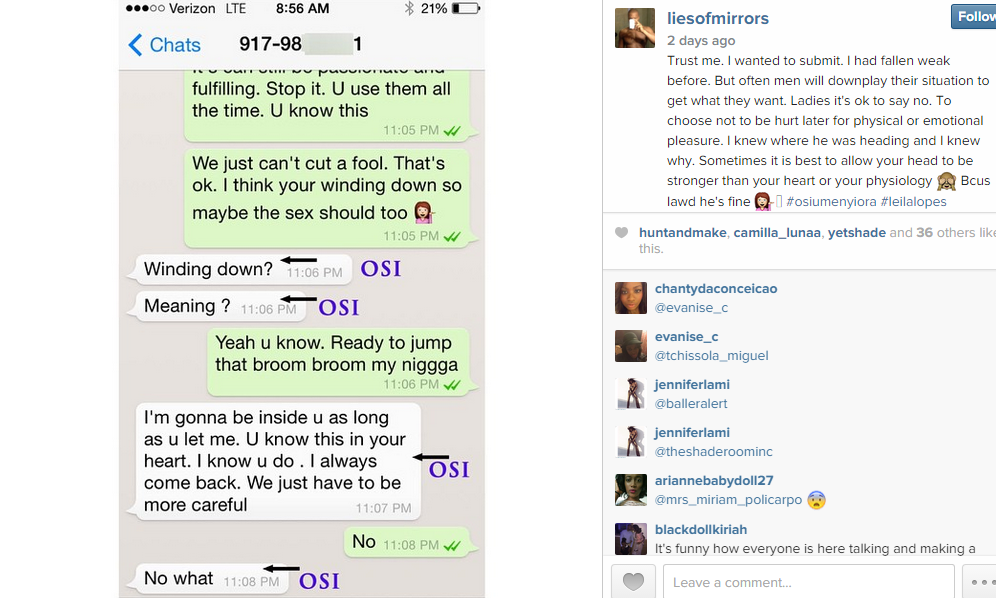 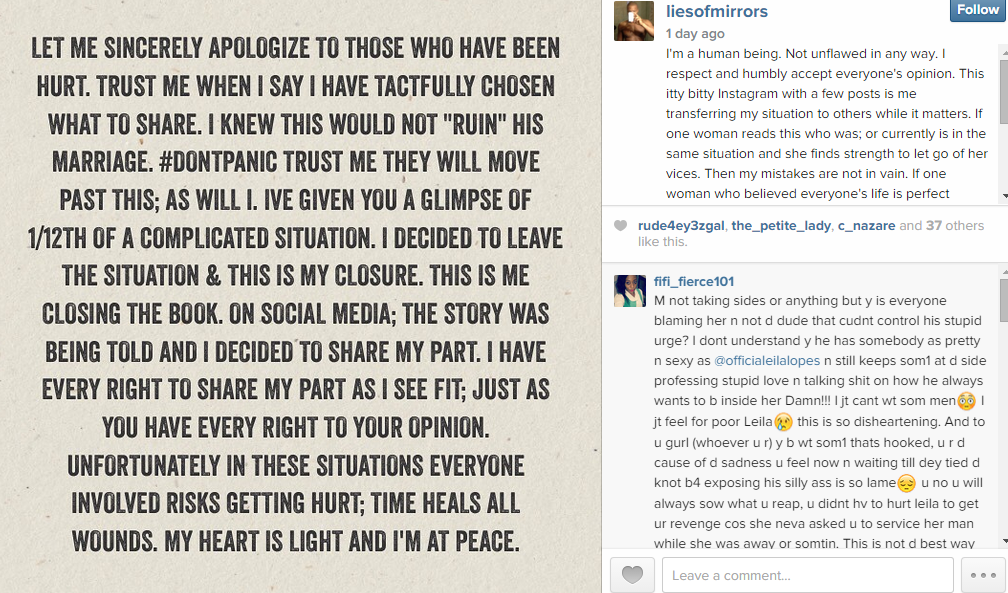