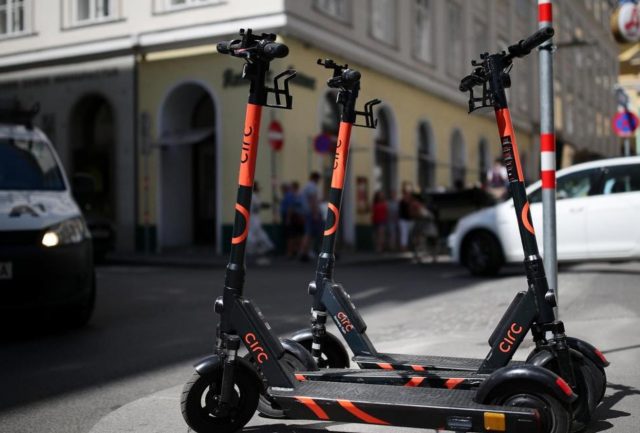 It’s not a secret that our planet is being suffocated by us. We’re experiencing some major climate changes and the air is polluted essentially everywhere. The CO2 emissions are down from where they used to be but are still higher than we would ideally like. The problem with the CO2 emissions is that it’s deeply rooted in our society because more than 20% of it, globally, comes from transportation. Virtually every motorized vehicle in use runs on fossil fuels and that is a major problem.

The Introduction Of Battery-Powered Vehicles

The problem at hand made us look for alternative solutions and explore the field of renewable energy. One of the first solutions to the pollution problems we’re electric cars. Naturally, a great, long-lasting debate and a lot of research have been conducted over the years, to see whether electric cars are actually environmentally friendly or not. To anyone with common sense, the answer should’ve been obvious – they are. There was a lot of talk about the production process and how much does that element affect our planet and there were a lot of questions about the batteries. While the questions about batteries are more than valid, this is still a relatively new thing and advancements are being made daily. It’s only a matter of time before the recycling of the batteries becomes an everyday thing. Finally, after gruesome debates and thorough research – the e-car easily won. It was more eco-friendly than the traditional in virtually every aspect.

After the electric car turned out to be victorious, it paved the way and opened up the gates for the rest of the electric vehicles to enter and catch the public’s eye. The vehicle that followed was an upgraded children’s toy – a scooter. The introduction of the e-scooter scared a lot of people in a certain way. It seemed like a safety hazard, it was quiet enough so that the people wouldn’t notice it and naturally, they were wondering, are they really eco-friendly?

Once again, the problem at hand was the production and the fact that the lifespan of an e-scooter at first was no more than a few months. What would happen to those obsolete scooters once they broke down? The batteries powering this thing are by no means environmentally friendly.

Pointing out the environmental benefits of these vehicles isn’t easy, or at least, it’s not easy to convince the naysayers. We have to take a look at several aspects and figure out how they fit in the global eco-system first and then decide what elements of this thing are green and what needs to be worked on. So, let us take a journey through the life-cycle of an e-scooter and see how it benefits the environment.

First of all, let us take a look at the efficiency any e-scooter brings to the table. Let’s not just say any, let’s take Turboant X7 Pro from turboant.com for example. This model weighs just above 30 lbs, 33 to be exact. Average car weights about 100 times more. Now, by simple comparison, which seems more efficient when it comes to moving a 150 lbs human being? Which of these two requires less energy to move a human being from point A to point B?

Clearly, it’s the scooter. The efficiency and the energy required to perform the same task as a full-sized vehicle is almost non-comparable. Extensive research has shown, that an e-scooter is more than 10 times (per mile) more efficient than an average, fossil-fuelled vehicle based on the energy required to move them. With that in mind, even if the batteries are powered by the fossil-fuelled grid, the emissions are still imperceptible.

To sum it all up, the efficiency of these vehicles is a clear win for the environment.

One thing that is a major concern for the environmentalists is the charging of the e-scooters. Not everyone has a personal scooter and many of them are rentals. The way the charging is being handled affects the environment in a big way. Riding around in a regular truck, collecting empty scooters isn’t necessarily eco-friendly. However, that is understood by companies so the approach is changing. Electric vehicles are being used for pickup and scooters with swappable batteries are being introduced.

When it comes to personal use scooters, charging is the as green as it can be. You plug it in and in about 6 hours you’re at the full charge and are easily good for the day.

You could make a case that the rentals and shared scooters aren’t as eco-friendly as it might seem, but the effort is being made. The fact remains that the scooters on their own, even when it comes to charging are as clean as things get nowadays.

As we’ve mentioned, one of the earliest concerns was the lifespans of these things. They would break after a month or two and would have to be replaced. That posed a lot of questions about the emissions during the production process. That has been addressed by making better, more durable vehicles that last a lot longer. We’re talking about shared scooters, the ones under a lot of duress. However, making sturdier and more durable models posed a question whether the emissions during the production process were greater, thus making the upgraded model less eco-friendly. That was quick to be refuted, because the durability of the vehicle greatly lowered the need for constant production, thus making a ‘positive’ impact on the environment.

Another thing to keep in mind is, almost everything factory-produced nowadays is affecting our planet in a negative way. It has nothing to do with the product itself. Once we find a way to replace or minimize the production emissions, we can move on to achieve greater things.

Solving that problem will not be easy, nor will recycling batteries. But other than that, e-scooter is as eco-friendly as riding a bike or taking a walk. If it succeeds to completely replace public transportation in the inner city, or at least a portion of it, the environmental impact will be enormous. We just have to give it a chance. 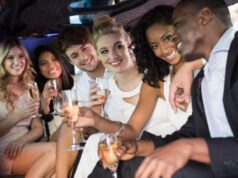 How To Plan A Corporate Event On A Party Bus 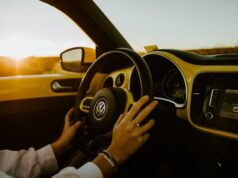 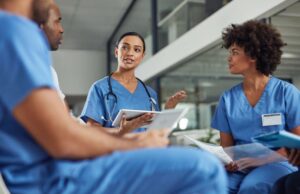 Lana Vrz - August 16, 2022 0
If you're looking for a career that truly makes a difference, then nursing might be the right choice. Nurses play a unique role in...

5 Tips For Outsourcing Security During An Event

5 Tips For Outsourcing Security During An Event