Home News Dr. pulled baby’s head off, then stuffed it back into the mother 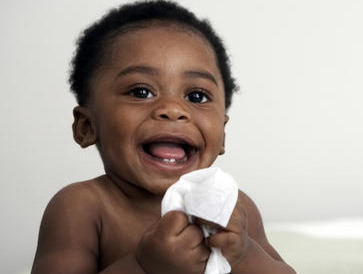 CLAYTON, Mo. (CN) – An obstetrician pushed the severed head of a baby boy back into his mother’s birth can** and then ordered a cesarean section, a distraught couple claims in court.

Dr. Susan Moore had observed weeks earlier that Betts would need a cesarean section because her baby had an unusually large abdomen, according to the complaint in St. Louis County Circuit Court.

Betts says the medical team could not halt her contractions, and that her primary doctor, Gilbert Webb, refused to deliver the baby by cesarean section. Betts said Webb also refused to allow them to go to another hospital.

“During the second stage of labor sometime before 10:34 p.m. on the evening of March 22, 2011, decedent Kaden Travis Ammonette’s head delivered, and decedent was at that time still alive.

“During the second stage of labor sometime before 10:34 p.m. on the evening of March 22, 2011, after decedent Kaden Travis Ammonette’s head was delivered, decedent’s abdomen became stuck in the birth can** (a condition known as abdominal dystocia).

“Defendant Webb recognized that decedent Kaden Travis Ammonette was stuck on his mother’s birth can**, and he cut a generous 4th degree episiotomy into plaintiff Arteisha Betts perineum.

Betts and Ammonette say further complications arose when Webb tried to loosen the baby by applying traction to his head.

“When defendant Webb separated decedent Kaden Travis Ammonette’s head from his cervical spine, blood from the arteries and veins in decedent’s neck shot out, splattered and/or spilled out into the labor and delivery room in plain view of and in close proximity to plaintiffs Arteisha Betts and Travis Ammonette.

As if the horror before the couple’s eyes was not enough, Webb then “pushed” the baby’s “head and body back into plaintiff Arteisha Betts’ birth can**” and called for an emergency cesarean section, according to the complaint.

“During the course of the cesarean section, defendant Webb surgically and completely removed decedent Kaden Travis Ammonette’s head from his neck and torso.”

Betts and Ammonette seek punitive damages for wrongful death, medical negligence and negligent infliction of emotional distress. They are represented by Christopher Wright of Millikan Wright in St. Louis.

Midwest Maternal & Fetal Medicine Services, Signature Medical Group, Webb and Moore are named as defendants. St. John’s Mercy was not named as a party to the lawsuit. Source