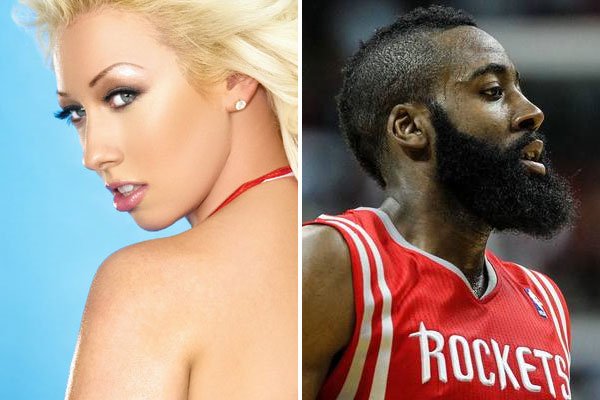 James Harden is apparently blowing that well earned $80 million contract in which he signed with the Houston Rockets last month for a five year deal. Video vixen and model, Jenna Shea, highly recognized for her vivacious curves has recently announced that James Harden is the latest celebrity to pay for her services at a cost of $20,000. She also states that she’s in touch with a few other NBA stars as well. Come on breh.. 1st of all she is a known to tell people’s business and 2nd of all she isn’t worth a fraction of that check.