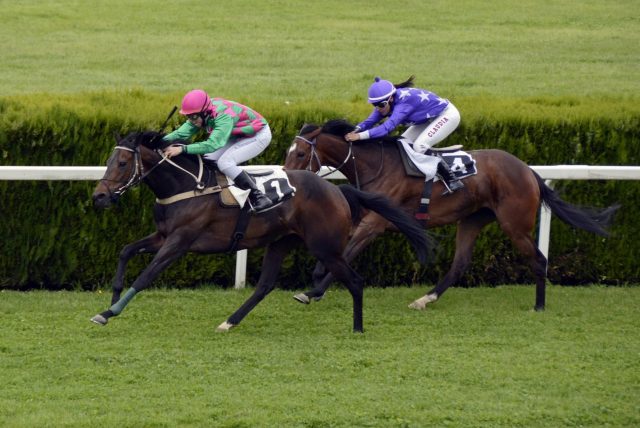 Before the COVID-19 pandemic, the Breeder’s Cup’s number of spectators was always near 45,000. However, due to the pandemic, the world championships are set to be held without an audience. Similar to the Triple Crown races, the Breeder’s Cup will only have participants and essential personnel present. The world championships will be held at Keeneland in Lexington, Kentucky, on November 6 and 7.

Regardless of the ongoing pandemic, coordinators hope to draw in many top-tier horses around the world for the 37th Breeder’s Cup edition. Furthermore, racing experts already released the list of their favorite contenders for this year’s Breeder’s Cup.

Based on prior races, Maximum Security had effortlessly taken on the title of Breeders’ Cup favorite. Due to his six successive high-level triumphs, horse racing fans expected him to always stay at the top of the rankings. Maximum Security only needed to win the last  Grade 1 Awesome Again Stakes held at Santa Anita to secure the best horse’s title. However, Improbable, a stablemate, took everyone by surprise when he suddenly took the lead.

He went far on the backstretch to a fantastic sprint through the track. Improbable already made a name for himself before this powerful run. Aside from recently winning the Whitney Stakes, he also triumphed in the Hollywood Gold Cup. Moreover, Improbable was also last year’s Kentucky Derby favorite, wherein he landed a fourth-place finish.

Improbable is known to have rough starts due to gate problems. However, the colt was surprisingly still and calm in the previous race. Both Improbable and rider Drayden Van Dyke watched other contenders take off towards the short track. At one point, he was in the last place in the backstretch by at least six lengths.

Nonetheless, he began to overtake other racers by going for the far turn. Improbable had everyone on the edge of their seats when he raced head to head with Take The One O One close to the head of the stretch. From that point, Van Dyke hung on as Improbable broadened his lead effortlessly. The surprising overtake from Improbable in the last race triggered mass excitement for the upcoming Breeder’s Cup race on November 7 at Keeneland.

Horse racing fans are eager to see Improbable’s rematch with Maximum Security in the upcoming race. There are also a few promising contenders such as Authentic and Tiz The Law, scheduled to run in November. If you want to check out the other contenders in the 2023 Breeder’s Cup, click here.

Authentic’s early triumph in the Kentucky Derby was not that much of a surprise to racing fans and experts alike. Authentic had made a name for himself as a splendid runner since his racing debut back in January. Once Authentic landed the front at Churchill Downs during the home straight, he powered through to guarantee outstanding performance in the Triple Crown challenge.

The future looks exceptionally splendid for Authentic considering all his past achievements. Regardless that Authentic’s company had still yet to uncover his plans for the remainder of the year, his participation in the Breeders’ Cup Championship is confirmed. There is also the possibility of Authentic taking part in international races in 2023, as the Dubai World Cup.

Another clash between Tiz The Law and Authentic is something racing fans are eager to see. It is also an excellent way to see them go head to head against renowned horses such as Benbatl, Maximum Security, and Charlatan that have had plenty of achievements worldwide.

When Tiz the Law triumphed in the Belmont Stakes last June 20, he achieved what owners Sackatoga Stables had wished for in 2003 with Funny Cide, the champ of both the Preakness Stakes and Kentucky Derby. Tiz the Law also left a mark in horse racing history as the primary New York-bred to bag the Belmont trophy since 1882. His success was not surprising since he was a heavy favorite.

The bay colt was bought for $110,000 and seized a win in his debut at Saratoga. He succeeded this with a breakthrough at Belmont in the Champagne Stakes. Tiz the Law ended his juvenile season with, so far, a single career loss at Churchill during the Kentucky Jockey Club Stakes, where he landed a third-place finish by less than a length on a messy track. Despite the loss, the colt provided racing fans with a peek of his upcoming performance in the 2023 Breeder’s Cup.

He started his 3-year-old season as a powerhouse and has won three consecutive races this year alone. He dominated the Florida Derby and Holy Bull Stakes at Gulfstream Park and afterward the Belmont Stakes.

The colt, who usually sits through the initial pacesetters before securing his move, has acquired all his triumphs by a minimum of three lengths. All in all, Tiz the Law is one of the high-tier horses that will receive much attention from horse racing fans worldwide.

The Breeder’s Cup Championships is one of the horse racing events that fans across the globe anticipate each year. Despite the COVID-19 pandemic and the lack of audience, many promising colts are running for the champion’s title this year. Moreover, with only a month before the race, it is not too early to choose the horse you will support.