Home Food The Origin of Coffee 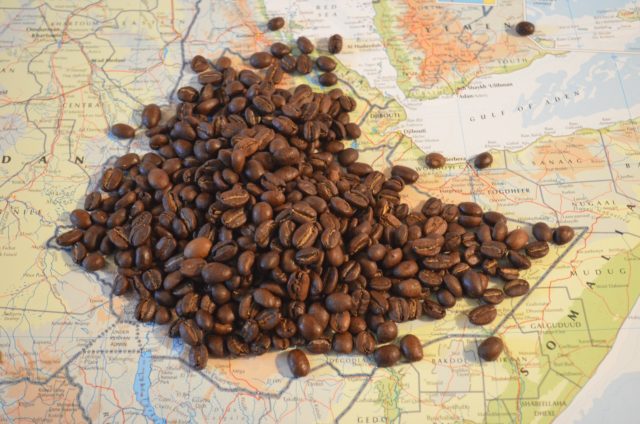 We all lead a different lifestyle and we have different habits. However, one of the common things that we all do is coffee consummation. How many of you drink coffee after breakfast (or even before)? It is also a social drink. Most of us drink it together with friends and family members. Some serious business conversations have also been made while a cup of coffee is standing on the table. If you want to experiment with things a little, you should have a peek here. You can find some new types of coffee that might make the conversation a bit more interesting.

As you can see, the importance of coffee is huge. Yet, there is a stronger proof that shows how important coffee is to the lives of people around the world. It has a long and unclear history. You will be able to find various theories about this product. Different nations claim that coffee is their “invention”. More precisely, no one truly knows the true origin of the coffee.

We are not here to judge which of these theories sounds like the most realistic. It is up to you to decide which one is the right one. However, it is good to know them and to better understand that coffee is not just a usual “product”. It is much more!

The Arabian Version of History

People in this part of the world have their version. They believe that coffee was discovered by Omar, an Arabian sheik. This sheik had the ability to cure sick people through prayer. He lived in the desert cave near Ousab. The story says that Omar was hungry one day and he decided to look for food. After some research, he found berries, but they were bitter. He realized that he needed to do something. Firstly, he roasted them, but that move only made them hard. After that, he tried boiling them which is the crucial moment for this version of coffee history.

The result of boiling was a fragrant brown liquid that gave him some unnatural energy. He gained enough energy to stay awake for a couple of days. Soon after that, coffee started to become popular among the Arab world. It was the most popular beverage in Egypt, Turkey, and Persia during the 16th century.

An Ethiopian Version of History

Well, Ethiopians disagree with the previous legend. They believe that lonely goat herder Kaldi discovered coffee in the 9th century. More precisely, he discovered the invigorating and energizing effect that this product has. He shared his story in a local monastery. After people heard his experience, they come up with an idea to dry and boil the berries. Kaldi after that realized that it would be good to throw berries in the fire. That’s the most important moment of this version. Kaldi realized he made an amazing drink that we know today as coffee.

The first people that tried out this product were abbot and his monk from the monastery. They both experienced the same thing – they were able not to sleep for a couple of days. They were both happy because they were able to spend a longer time on praying.

Still, even Ethiopians have two different versions. A Yemenite Sufi under a long mystic name Ghothul Akbar Nooruddin Abu al-Hasan al-Shadhili also claimed that he was the first one who discovered this beverage. He claimed that he saw birds eating coffee berries. After that, he saw them flying with unusual energy.

If you ask us, both versions are equally interesting and mystical at the same time.

Well, it would not be possible that people from Europe do not have their version as well. In the 17th century, many European travelers went to the Near East. Many of them talked about an unusual dark black beverage after getting back from their trip. This story soon became popular among all Europeans.

However, many people did not like this product because of its effect on people. Some of them named coffee as the “bitter invention of Satan”. In 1615, the local clergy condemned coffee in Venice. Believe it or not, even Pope Clement VIII got involved in this case. Many people asked him to give his opinion about this drink. However, he wanted to try it out before making the final decision. He realized that this drink brings joy and satisfaction. Because of that, he approved that people can use this beverage.

This period of history was controversial for coffee. Still, not long after that, coffee houses became the center of social activities. This especially includes countries in the west part of Europe such as France, Germany, England, etc. Until then, wine and beer were the breakfast drink beverages in all those countries. However, things have changed after coffee came to Europe.

Well, American has a history of coffee as well. Everything starts in 1714. The Mayor of Amsterdam gave a coffee plant to King Louis XIV of France as a present. The king planned to plant it in the Royal Botanical Garden that is located in Paris. 9 years later, a naval officer Gabriel de Clieu obtained a seedling from the plant. Transporting this plant to Martinique was tough. He hard to fight against pirates, but he succeeded to come to the final destination. Soon after that, this beverage becomes one of the most popular on the entire American continent.

However, that is not the only version you will be able to hear here. Brazilians also have their version. They believe that Francisco de Mello Palheta is the inventor of this beverage. He was sent to French Guiana to get the coffee seeds. In the first moment, French people were not showing any will to share their seeds. However, Francisco was a nice-looking guy. He somehow convinced the French Governor’s wife to give him the coffee seeds. However, she had to do that in a specific way. She gave him a large bouquet. In the bouquet, there were coffee seeds. Many years later, people made an industry that has a value of 1 billion dollars. Does Your Baby Need Hypoallergenic Formula? 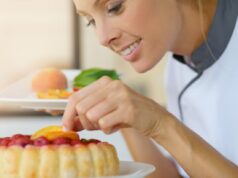 5 Things You Will Learn in Pastry School