The ESPN The Magazine’s The Body Issue intends to show off athletes’ bodies that have been pushed physically to new heights. The first Body Issue was released in 2009 and, since then, ESPN has gained a fan base and widened the variety of athletes featured.

You can see the full list of athletes in the Body Issue here, though you’ll have to wait until Friday to see all the photos. 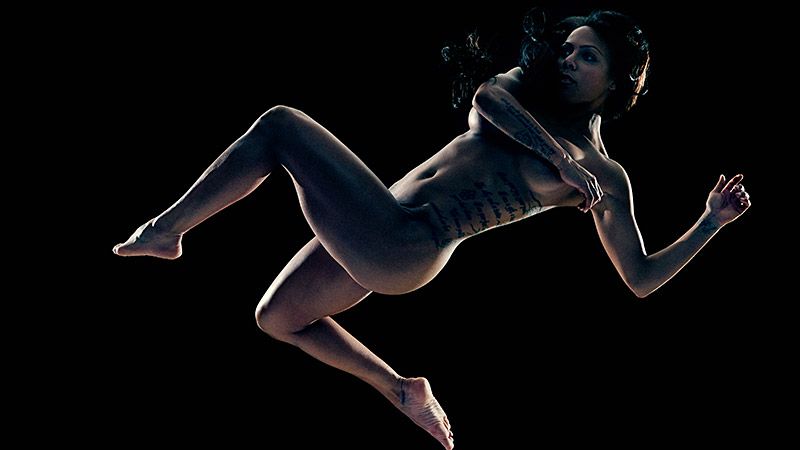 Why did you decide to pose?
SL: I think a lot of females struggle with the way they look, and I wanted to show that everyone’s body is different. I think it’s a big deal to be an athlete and feel confident in your body and show it off. I’m not going to say I’ve never struggled with how I look, but I’ve reached a point in my life where I’m happy with who I am.

What sort of athlete were you growing up?
SL: Both my parents were baseball and softball players. My mom [Sandi Leroux] played third base on the softball national team. So it was in my blood. From the moment I started to walk, I was throwing a ball. I was all baseball growing up. I had this dream that I was going to be the first female player in MLB. I realized that wasn’t going to happen when all my guy friends sprouted and were like 6-foot-3 and I stayed my size.

What do you like about your body?
SL: I like that I have scars. I have scars all over my legs. I don’t ever try to hide them; they remind me of how hard I play. I like that I look tough. It’s something to celebrate, and it’s my job.

If you could change something about your body, what would it be?
SL: Maybe a couple of years ago I would have changed something, but now I’m happy — though I might change my hair because when it rains it turns into an Afro. I struggled in college with how my body looked. I would say my legs looked too big. I wasn’t confident. High school, too — even more than college, actually. I was at a school where there were no people of my ethnicity. Everyone was blonde and skinny, and I was different. It made me want to be something I wasn’t. When I got to college, that changed because UCLA was pretty diverse. Now I like what I have, but I think if you talk to any girl, in high school she wanted to be like everyone else.

What is the most unusual training you’ve done?
SL: I love yoga. Yoga calms me. But I’m not a fan of hot yoga. Why would I want to sit in my own sweat for an hour and a half? When I got to Boston, a friend of mine was like, “Come do it with me!” It ended up being absolutely the worst experience of my life.

What is the one exercise you can’t live without?
SL: My ab workouts. My roommates and I do crunches before bed, just for fun, for about 20 minutes. You can have ice cream and some cake right before bed, and then you’ll do some abs and not worry about it.

Your coach at UCLA, Jillian Ellis, said you would “two-foot tackle her grandmother for the ball.” Why do you play so physical?
SL: I’m very competi*ive. I’m a forward, so being physical isn’t really part of my position, but I like that physical part of soccer. I was always pretty tough as a little kid. Baseball isn’t a physical game, but I’d be aggressive at the plate or slide hard or steal when I wasn’t supposed to. I say even if I’m having a bad game, I should have my effort. Especially for a forward, if offense isn’t going well, make it up with defense. It makes me feel I’m doing something right, contributing something to the game.