Surely, you have heard of the critically acclaimed movie called “The Islands” that was in a way ignored by the Academy Awards. Even though its release cannot be compared with big Hollywood premieres, this motion picture has managed not only to attract viewers from all over the country but also to tell a true, heartwarming story.

Besides the plot, many viewers have praised the film as well as the creators because of the fact that the main roles are played by the Hawaiian actors. In addition, many fans love the fact that the native language wasn’t omitted, and surely you are going to agree with us, but this is the thing that makes the whole project authentic.

Furthermore, the tribal battles that occurred before the Chiefess Kapi’olani’s act were portrayed to the last detail. We are not sure whether it is because of the costumes, magnificent actors or the manner these scenes were filmed, but we can almost guarantee you that you are going to travel right back to the early 19th century. Besides, you will have a chance to get a glimpse of the life of Hawaiian natives in the early 1800s.

How did it all begin?

This movie was created by Tim Chey, a former attorney, and today, a director that is known for his ‘faith-based’ movies. When asked about his passion for the historical genre he said: “I love historical films and I love films with redemption.” Taking into consideration that he was an atheist until he was in his 30s, this part with the redemption comes as no surprise.

The true story behind the plot of this movie was what inspired Chey to work on it. Due to the fact that he is the resident of Hawaii, and also that he is very interested in the islands’ history, people who follow his work would tell you that this project did not only allow him to tell this important story but also to express his personal interests.

The plot of this movie is set around 200 years ago and it follows the clash of two worlds, two cultures and traditions. In the early 1820s, three missionaries Henry and Mary Thornton, and Hiram Bingham (played by Mira Sorvino, John Savage, and Michael Camp respectively) came to Hawaii to preach Christianity to the locals.

However, because of the islands’ history and gruesome methods of collocation, saying that natives weren’t welcoming is an understatement. In addition, there was another thing that complicated the work of these three people. According to Hawaiian mythology, the creator of the islands is Pele, the goddess of the fire and volcanoes. In order not to enrage her, the locals had to appease her by offering human sacrifice.

Still, there was one person that was ready to listen to the newcomers – Chiefess Kapi’olani. What’s more, she wasn’t only the person who welcomed the missionaries, but she was also the one who was brave enough to stand up to Pele’s cruelty. This act of hers shows the viewers that she wanted more and better not only for herself but for her people also.

After walking for dozens of miles, she reached the volcano, and before descending into it, she said a Christian prayer. This was her way of proving to everyone that there was only one God. As Tim Chey said, “That’s what God can do to you. He can make you risk it all and not care.” And this was exactly what this young woman did.

What is the beauty of this film?

So, we have already told you that the director is a big history enthusiast, especially when it comes to Hawaiian history. This means that the movie depicts the story with all the details, as much that is possible in cinematography.

One may even try to compare the director, Tim Chey, with the Chiefess Kapi’olani considering that both of the accepted Christianity later in life. If you were to ask us, this is another thing that makes this film so special. It is not created just by anyone, but by a man who completely understands the doubts these people had. Even some of the missionaries went through a hard time and had to find their way back. We are not going to provide you with more details on this part of the story, so you will have to see it for yourself.

Is the story relevant today?

Since we believe that the beauty of the cinematography and telling stories through moving pictures is that each viewer has the opportunity to make their own conclusions, we are going to do the same. Can this story be compared with our world today? Well, we believe that it can.

What we are trying to say is that oftentimes there are challenges that communities all over the world must face and these are usually related to the unknown. As you can see, nothing has changed in the last 200 years. Nowadays, people are just as scared of new things that they do not initially understand as they were centuries ago. Communities still need courageous leaders to take them on the path of comprehending and accepting. 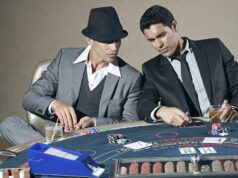 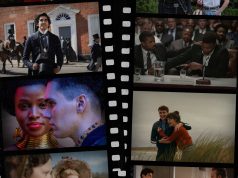 Can Watching Adult Movies Be Bad For Your Health?