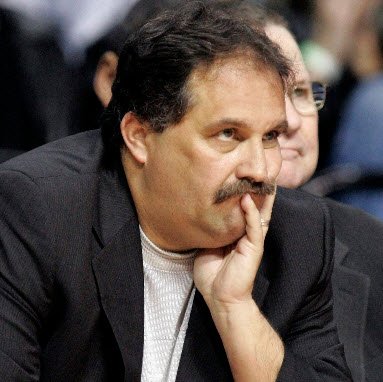 ORLANDO – Orlando Magic Chief Executive Officer Alex Martins announced today that Stan Van Gundy has been relieved of his duties as head coach. In addition President of Basketball Operations and General Manager Otis Smith and the organization have mutually agreed to part ways.

“On behalf of the DeVos Family, we sincerely appreciate and thank Otis and Stan for all that they have done on and off the floor for the Orlando Magic,” said Martins. “These are the days you dread in this business, but we feel it’s time for new leadership and new voices.

“They both brought die-hard dedication and an unmatched work ethic on a daily basis,” added Martins. “Their success is well docu*ented, as the Orlando Magic has had the fourth best record in the NBA over the last five years, and entering the playoffs this year the third most playoff wins over that period of time. The disappointment of getting eliminated in the first round of the playoffs these past two seasons played a primary role in our decision, as we feel our momentum towards winning a championship has paused. We wish Otis and Stan all the best and we look forward to taking the next step towards winning that championship.”

Van Gundy has a career NBA head coaching regular season record of 371-208 (.641), including 259-135 (.657) in five seasons in Orlando. He led Orlando to five postseason berths, three Southeast Division ti*les and the 2009 Eastern Conference crown. Prior to coming to Orlando he served as head coach of the Miami Heat for two-plus seasons.

In 2007-‘08, his first season in Orlando, Van Gundy guided the Magic to a 52-30 record and the Southeast Division Championship. It was the Magic’s first division crown since 1995-‘96. Orlando also advanced past the opening round of the NBA Playoffs for the first time since 1996, defeating Toronto 4-1.

During the 2008-‘09 campaign Van Gundy led the Magic to a 59-23 record and through a memorable playoff run, capped off with the 2009 Eastern Conference championship and a berth in the NBA Finals, marking the second trip in franchise history.

In 2009-‘10, Van Gundy directed the Magic to the Eastern Conference Finals for the second straight year, after compiling a 59-23 record during the season.

Last season, 2010-‘11, Orlando finished 52-30 and made its fourth straight trip to the playoffs. It was Orlando’s fourth straight 50-win season and Van Gundy became the second-fastest active coach to 300 career wins and seventh-fastest all-time. He also coached his 500th career game and had the sixth-most wins in NBA history through 500 contests.

Smith was promoted to president of basketball operations on July 28, 2010. Smith was named general manager on May 3, 2006. He was assistant general manager during the 2005-06 campaign, after serving as director of player development for two seasons.