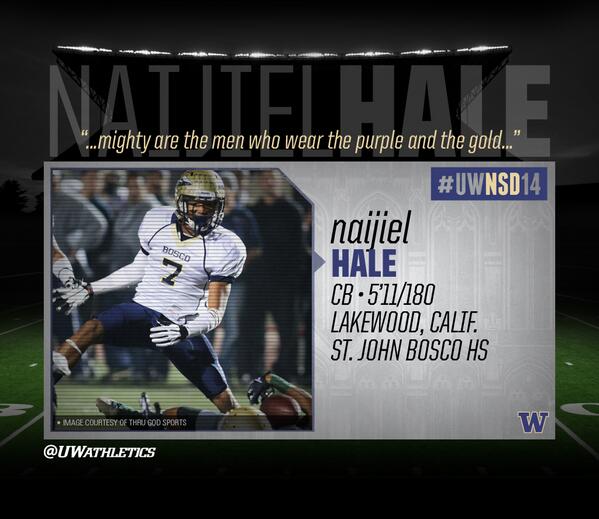 “It just seemed like a great fit for me. I felt like it was better than any other off that I had,” he told College Level Athletes.

Hale received offers from 10 school, including Arizona, Nebraska, Oregon, Boise State, USC and UCLA. He told TMZ that his dad would have been happy to see his accomplishments.

“My mom is extremely proud and my dad would be proud too. I can’t wait to be a dawg!”