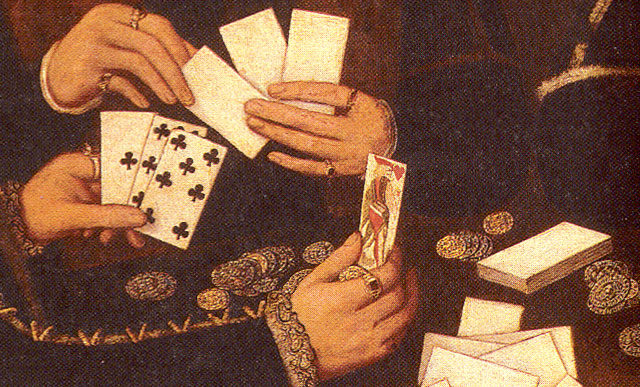 The era from the end of the 1830s to the beginning of the twentieth century is called the Victorian period. This is a time period that left a huge mark on all of the earth, not just England and its colonies. It was very much different from the Romanticism period that was a period before it. For example, it had left a mark on the literature in terms of aiming at more hidden thoughts or hinting, including the cultural changes that we are witnessing in this day and age. It gave much more than literature though, it gave some exceptional people in their terms of work like Dickens, Hardy, Elliot and many more.

If you take a look at the title of our article, you will that we are going to explore gambling in the Victorian period. Naturally, you’ll presume that this period left a significant mark on the world of gambling as we know it. But how was it back then, in the 19th century? We are going to talk about that in bigger detail in the next part of our article. Without further ado, let us present you with all the important things that are connecting this very fruitful time period and gambling, one of the most popular things in today’s world.

Gambling Before the Victorian Era

Just before the start of the Victorian period, Fanny Burney described a gambler as a person who expresses his emotions with the help of cards and dices. Around that time, gambling was one of the hottest topics in the country. Naturally, it was mainly oriented in the capital city of the kingdom, London. At that time, casinos were called Gentlemen’s clubs and only accepted people from the upper classes into their membership. Firstly, this was a men-only activity, but through time, they started accepting women too. After some period, these people started to misbehave.

They were one of the main topics when it comes to the literature from that period. We could read about a misbehaved son who gambled everything he had on horse raids and Bath’s gambling rooms. However, the main character of those novels was never a bad guy or even an anti-hero. Simply, they had different opinions when it comes to gambling back then. You should know that the games that were played at that time are not so different from those people are playing now. However, the difference between economic classes was setting people apart even when it comes to gambling. Rich people were, as we call them today, high-rollers, and poor people were playing low-culture games and at low-stakes.

It’s needless to say that this had a significant impact on the literature. For example, in order to show you how much influence it had, just try to read some of the Russian classics, like Dostoyevsky, who even has a novel named “The Gambler”. This leads us to the conclusion that this wasn’t only the “thing” in England or later the United Kingdom, but also in a huge variety of different countries and cultures. This was a really special and inspiring time period, right? Well, If all this talk inspired you to go gambling you can check out here. Now, we are going to talk about how it was in the Victorian Era.

What Kind of Era was It?

Before we sink our teeth deeper into this topic, we would like to point out some things that we consider important. In order for you, dear reader, to understand what kind of era we are talking about. Elisabeth the first was the monarch who authorized the lottery for the first time in the history of England. Since that time, this became not only the way for people to divert themselves when needed, but also the way people raised a certain amount of funds both for England and the city of London, and their needs.

About a century later, another monarch, Charles the second gambled his first 100 pounds. This might seem like an insignificant occurrence, but this will have an influence on later occurrences. After a high number of years of political uncertainties and economic dysfunctions, the city of London had to relieve some stress if we can put it that way. This monarch was famous as a passionate lover and a good-skilled gambler. He was married to Catherine of Braganza only for political reasons, or bluntly said, for the good of his country.

Gambling in the Victorian Era’s Literature

We’ve come across some studies that showed gambling in the Victorian period. Our conclusion is that we don’t have a conclusion. The reason for this is that all of these studies are heavily contradictory. It was an understatement that these activities were considered innocent if they are controlled. However, if you just take a look at the literature from that period, you will see that the main characters from these novels are losing high sums of money, enter conspiracies, destroy their families or relationships, cheat, and some of them even die.

The conclusion to all of these stories is that gambling is the worst vice of them all. All of the authors that wrote about this topic used gambling skill or luck to point out the best or the worst in their characters. We are talking about things like aggressivity, strength or weakness, overthinking, strategy, etc. Some of them are even using the topic of gambling as a set for some conflicts, but without using physical or verbal fights. Their intent was to show their masculinity that was present by them gambling without any emotions. Also, having a husband and his wife, or men and his mistress at the table at the same time was not something that was rare.

Gambling was used as the set depicting some losing his soul if you can say it like that, but without displaying any emotions at that moment. It was really interesting to read about those people and their internal struggle as they are playing a hand or throwing dice. Let’s face it, nothing reveals the man’s true character like when he is participating in a game of chance.