Home Entertainment 5 Funniest Subtitling Fails Ever Made on Screen

Subtitling is defined as the addition of time-coded textual captions on a video or a broadcast screen in one or more languages to transcribe or translate the audible details of this audiovisual content. When done properly, subtitles can help people who lack language proficiency or suffer from hearing difficulties understand and engage with different multimedia content. However, when mistakes happen, even unintentionally, things could quickly go south. The Internet is full of TV gaffs and literal translations that, either made no sense whatsoever or had a ridiculous one.

A small mistake in transcribing or translating could result in hilarious fails the audience will hardly forget. Hereunder, we gather several funny and unforgettable subtitling blunders that confused the viewers and made them laugh their heads off. We also take a deep look into why such mistakes could happen and how to avoid them.

The English subtitles of the Japanese anime series Fate/Stay Night, released by Studio Deen in 2006, featured one of the creepiest mistranslations ever. In one dramatic scene, the show’s protagonist Shirou Emiya was quoted as saying “People die if they are killed.” As soon as the viewers laughed at this nonsense caption, they quickly realized it is just a subtitling mistake and is definitely not what the original Japanese character says.

In 2014, a famous soccer show on BBC hosted English football club Manchester United’s players but failed to spell the name of the Belgian young player “Adnan Januzaj” correctly. The show’s subtitles displayed the player’s name several times as “Janet jazz jazz jam”, which cracked the viewers up with hysterical laughter. Such terrible mistakes reflect the poor preparation and the absence of highly qualified subtitling specialists.

It was a lousy transcription this time. During an interview with former US president Barack Obama, BBC News transcribed the president’s words as follows “Assad’s capabilities are not significant compared to owls.” instead of “ours”. For those with hearing impairments, Obama’s statement looked extremely weird; did he really say owls? Whether it was a human- or machine-created transcription, this type of subtitle error is not acceptable.

Fraggle Rock is a very famous 80s US cartoon series that young people still love to this day, but who knew it was into politics. In fact, it wasn’t; it just featured one of the most immortal transcriptions fails of all time when the kids’ TV show displayed this transcription: “concerning needed a break and indeed political prisoners of war”.  We are pretty sure that is not what he needed.

Why did this all happen?

These pitfalls might be funny as hell, but they are also unprofessional translation mistakes that could harm credibility and reputation. When it comes to business, subtitle errors could result in a misunderstanding of your brand message and thus drive your customers away. In the previous examples, the Japanese anime makers could stop working with the subtitling service provider that translated Fate/Stay Night, while Adnan Januzaj might refuse to attend any future interviews with BBC. After all, multilingual subtitling is a useful language solution that helps spread your multimedia message all over the world, but only if it is done the right way.

How to avoid these mistakes?

Avoid word-for-word translations. Every language has slang or some proverbs that make no sense when translated literally. If you’re not familiar with the culture behind the language, skip translating altogether and just focus on the point of the story.

Long phrases. When using subs, you have to think about people who are going to subtitle and translate your narrative. Using phrases that are too long will make their job much harder since the spoken and the written word have to match at the same moment to avoid confusion. Complex and long phrases will take up too much time and space to write, thus causing the audience to lose the thread of the story and interest in watching further.

Punctuation. One simple comma can change the whole meaning of the sentence. Punctuation marks are important when you need to emphasize parts of the story and making the narrative intelligible. Exclamation points and question marks are crucial to setting the tone to the story making it more than just a text. Without them, the audience won’t be able to understand the point of the story. It’s not just what you say that matters, but how you say it!

Font and the background. When subtitling a video pay attention to how the words are displayed. If you have no background, the public won’t be able to see it so it would be best to use a simple black one. Also, use simple fonts to make the text legible without curvaceous letters and unnecessary decorations.

Timing. One of the most common mistakes is when subtitles show up a bit earlier or later than the story goes on the screen. The audience will not have the patience or time to figure out whether the translation is meant for one character or another, and will probably shut off your video. Timing is everything, right? So, don’t make this crucial but often mistake and make your videos watchable. The public will appreciate it.

To avoid subtitling mistakes, Torjoman suggests hiring a reliable language service provider that specializes in subtitling and has a track record of successful projects. Professional subtitling services entail a long process that involves multiple technical and linguistic functions and requires vast experience and high qualifications. From translation and editing to time coding and formatting, your need to partner with a specialized company that applies an impeccable process to come up with flawless subtitles, free from funny fails. 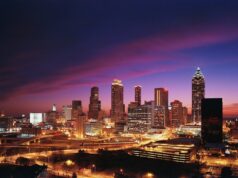 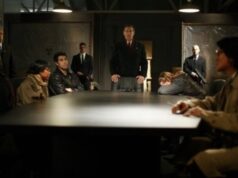 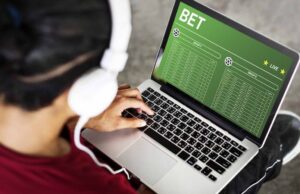