Home Entertainment 5 Most Popular Tv Shows Every Woman Should See 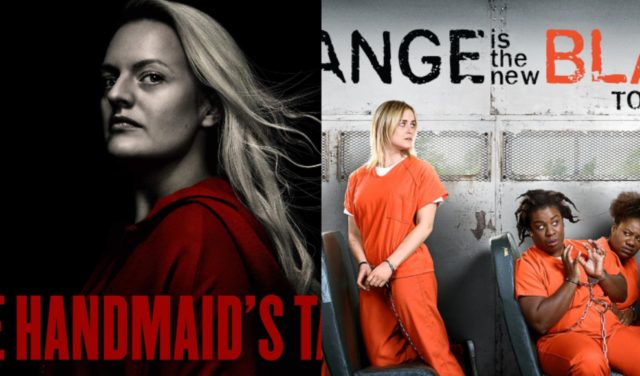 These last couple of years, TV shows have reached a quality that is similar or maybe on the same level as some of the most legendary movies in the industry. Because of this, many women, including myself have become addicted to the idea of a good TV show.

The actors, the directing, the camera angles and many other aspects of producing a TV series have improved and it is quite obvious that they have. It looks like many publishing companies have realized that investing a lot in their TV shows can lead to bigger profits. Take Breaking Bad, Game of Thrones, The Punisher, and many others as an example. These have had a huge budget which is one of the many reasons why they have been so successful.

What is even more amazing about today’s content on our television set is the fact that they have become much more “woke” about empowering women. It is no secret that finding a good female role in a movie or a TV series in the past was almost impossible. Most female actresses had some kind of side-role that was never as important as the male protagonist.

Fortunately, many TV series today try to show the perspective on a woman’s life. You might feel quite empowered after watching some of these. This is why we have made a list of the most popular TV shows that every woman should see.

You can find this amazing sitcom on Netflix which ran for 2 seasons with a total of 12 episodes. It isn’t exactly very long, but following Tracey Gordon’s life who is a shop assistant, very religious and a virgin is truly an amazing experience. Those 12 episodes are more than enough to truly experience Tracey’s perspective.

Tracey’s Gordon has sexually struggled throughout her entire life because she was raised in a very religious household. Both of her parents did not allow her to ingest any kind of content that is related to sexuality. Watching Tracey trying to find someone to lose her virginity to is both sad and hilarious. This is something that many women around the world can relate too. There is a lot to talk about this subject and it is definitely an interesting topic you can open with your friends.

2. Orange Is the New Black

This TV series is heavily inspired and based on Piper Kerman’s book (memoir) in which she explains the reality she had to face when she was in federal prison. Naturally, since most of the show is inside of a female federal prison, most of the lead and supporting roles are female and every single one of these actresses does a great job.

Every female character is special in its own way, everyone is independent and flawed. It shows the true side of the female perspective and what really happens in the world of prison. This TV series is a must-watch. Believe it or not, Orange is the New Black is actually the most-watched Netflix Original on the entire platform. It really does deserve its recognition.

If you don’t feel like paying for this month’s Netflix’s subscription fee, you should consider having some other kind of TV installation in your home that has channels who air Orange Is The New Black. You can click here and even install CCTV surveillance in your home which you can comfortably watch from your TV.

The whole idea of this dystopian world revolves around the most fertile women who are forced into child-bearing slavery. The idea is terrifying and it is immensely intriguing at the same time. It is very important to explore this subject because it has already happened in the past and it may happen again in the future. For all we know, it might be happening right now in some third world countries around the planet.

It is vital to remind ourselves just how far humanity can go to prevent it from ever going in this direction. It might be scary to watch at first because it is so disgustingly realistic, but it definitely is something every woman should be aware of.

If you are looking for something that will truly make you feel empowered as a woman then GLOW is definitely the TV series for you. Glow can be found to know and you will be glad to know that the show is going to be extended for a third season too. This comedy-drama revolves around the Gorgeous Ladies of Wrestling which was a real promotion in the 1980s for women’s professional wrestling.

Every single female role in this TV series is independent, strong, and determined to succeed. Watching Alison Brie, Betty Gilpin, Sydelle Noel and many of these amazing actress perform ridiculously good in their roles is truly awe-inspiring. GLOW makes you feel like you can be anything and do anything you want. It doesn’t matter whether you are a man, a woman, or whatever it is you believe in.

This TV series revolves around the life of Jessica Jones who is super-powered because of unknown reasons. We see her struggle as an alcoholic and as a female too. Many underestimate both her physical and detective abilities. Keep in mind, this show can get a bit dark at times, but it is truly amazing to see Jessica Jones (Krysten Ritter) go around NYC and deal with the biggest thugs.

Krysten Ritter’s performance is another big reason why you should give this superhero series a try. You will also spot a lot of other vigilantes/superheroes throughout the series which is always a plus for me.