Home CBD Understanding The Differences Between CBD And THC For Health

If you are familiar with marijuana products, you might have heard about two of its most essential components – CBD and THC. These two are present in plenty within cannabis, along with many other chemical compounds.

Whether you want marijuana for medical or recreational purposes, these two components are mainly responsible for the way you feel. Traditionally, marijuana is illegal because of its intoxicating effects, but slowly and steadily, things are changing. A few states have made this wonder plant legal for recreational purposes, whereas others have legalized it for medicinal use. If you need a medical marijuana card in order to start your treatment, you can get it from the comfort of your own home at GreenHealthDocs.com.

Before you know how to get medical marijuana in Georgia through Veriheal, it will be helpful to understand the essential differences between THC and CBD.

Both THC and CBD have different effects on the human body. The quantity of these components can be controlled in a laboratory to make different cannabis products.

THC is an essential component if you wish to relieve anxiety, stress, and insomnia when taken in a therapeutic amount.

Delta-9-Tetrahydrocannabinol, also known as THC, is a psychoactive component present in a cannabis plant. When a person smokes marijuana and inhales the THC component, it activates the endocannabinoid receptors inside the brain, making them feel “the high.”
The endocannabinoid receptors are quite common inside the brain and body of a human being. On consuming THC, these receptors get activated, creating an intoxicating effect.

This high feeling is often considered as recreation and attracts many users for increased consumption. Inhaling the THC component also increases the sense of hunger. THC remains a schedule 1 substance with no known medical use. However, several studies have shown that THC does come with some positive impacts on health.

Some of the most commonly discussed health benefits of THC are –

● It helps in reducing nausea.

● It increases your appetite.

● It helps in chronic and acute pain management.

As more studies are being conducted on the benefits of THC, people believe in its medical capabilities – encouraging different states to legalize the product. However, it is to be noted that there is no chemical difference between recreational and medical marijuana.

One of the positive sides of THC is that it is safe compared to other drugs like nicotine. Pharmacologically, to create a THC overdose, one would need to take a considerable amount of the compound, which is quite unrealistic. However, long-term and continued use of THC has shown to cause different mental illnesses among its consumers. Pregnant women should also avoid consuming THC.

Cannabidiol, also known as CBD, is present in all variants of marijuana and more in hemp plants. One can consume CBD in different forms like gummy, tinctures, and topical applications; it is not generally smoked like THC. It is legal throughout the States and hence needs no regulation.

CBD does not produce dopamine like THC, and hence it does not have any psychoactive effect. It, however, has many therapeutic uses, as revealed by several researchers around the globe. Some of the common problems where CBD has shown positive effects are –

● Seizures – Several researchers have claimed that CBD has anti-seizure properties. It is an FDA-approved drug that is capable of curing two types of epilepsy.

● Anxiety – A group of researchers has also revealed that CBD can have anti-anxiety properties. However, the truth behind this claim is yet to be established, and studies are being carried out on this subject.

● Schizophrenia – Scientists have also claimed that CBD comes with anti-psychotic uses. It can prove to be helpful for people who have schizophrenia.

The effect of CBD in managing different health-related issues is under study. Still, some research has claimed that this component can manage various issues, from chronic pain to anxiety. All the claims are under review, and hence patients are advised to consume under the doctor’s supervision.
The anti-inflammatory properties of CBD are well-known too. It has been shown to reduce inflammation in many cases; still, the claim remains validated.

Research suggests that CBD comes with practically very few side effects. Also, the impact of using it continuously is yet not known. So, one cannot say that the product is safe for prolonged use.

There are different marijuana strains where both the components are found in different amounts. The variation in concentration decides how a given cannabis product works on a human body. For example, for marijuana variants with higher CBD it is estimated to have more therapeutic value than psychoactive benefits.

● Psychoactive effects – THC has psychoactive properties while CBD does not.

● Anti-anxiety effects – There is inconclusive evidence about the anti-anxiety properties of THC. And for CBD, researchers claim that it can help manage anxiety, but more evidence is needed to support the statement.

● Legality – CBD is legal all over the United States, provided the THC concentration in that strain is less than 0.3%. On the other hand, THC is illegal in the country and can be consumed in a combined state.

To conclude, marijuana affects our bodies. Its medicinal benefits are under research, and its exact effects are yet to be known. As we do not see the impact of marijuana on our bodies, it should be consumed under supervision. Even though it is a natural compound, it can cause harm to your body in case you over consume it. Keeping aside the stigma associated with marijuana consumption, one should only cater to it if they find it beneficial for their bodies and minds. With a regulated amount of the substance and by following the instructions levied by the regulatory bodies, you will be able to consume cannabis without causing any harm to your health. 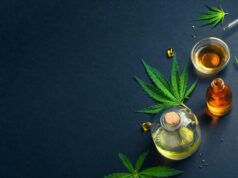 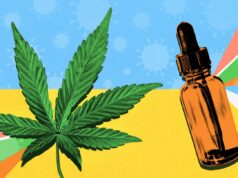 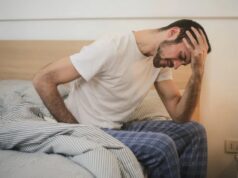