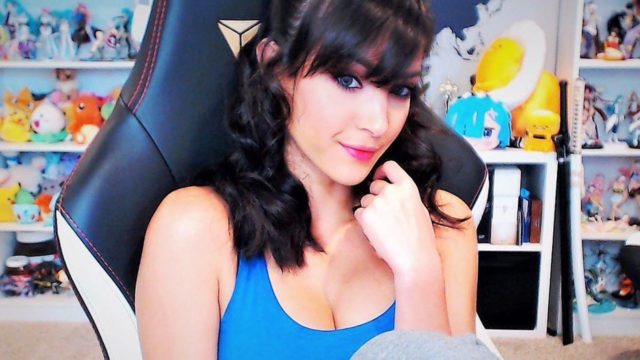 Cincinbear might not sound familiar to you if you are not a fan of video games. If you are, however, and especially a huge fan of Minecraft and World of Warcraft, then her name sounds more than familiar to you. Cincinbear got famous after launching her Twitch stream account where she streams her playing video games, and she got around 500,000 followers on Twitch.

Cinthya Alicea was born on December 25, 1992. She spent the first eight years of her life in Cuba, and then she and her family moved to the United States, more specific Jessup, Maryland. What we know so far is that she finished her high school there, but other than that there isn’t much about this video game player that we know about so far. Cincinbear hasn’t talked about her family or her educational background, but there was a picture of her and one of her cousins on her social media account, so we know that little information that she shared. Other than that, there aren’t many details about her early life or family.

During an interview for Dignitas, Cincinbear said how she came up with that name. Her Instagram account name was _cincin_, which was the beginning of her real name – Cinthya.

Upon moving to the United States, Cincinbear got as a gift Nintendo 64 for Christmas. After playing Super Mario, she realized how crazy in love she is with video games. As she got older, she played some more challenging games, and that led her to World of Warcraft, Counter-strike, and some other big games. In June 2014 she began streaming on her Twitch account. At first, she streamed World of Warcraft, and that got people interested in her and her Twitch stream. Also, it won’t hurt mentioning that she looks fantastic, and her personality led people to become attached to her and watch her gameplays. Soon she started outing Minecraft in the mix, as well as Stardew Valley and other games. In an interview with Dignitas, when asked what caused her to launch her Twitch account and begin streaming, Cincinbear said, “I decided to stream because I’m cocky and I saw other girls doing it, and I thought I could be as popular as them.” On what she likes to stream more, the gamer said, “My favorite game to stream depends on my mood, but I enjoy all the games I do broadcast. As for my audience, I think they enjoy CSGO the most. My main viewers, though, would prefer a smaller game like Stardew Valley.”

Cincinbear hasn’t been all that nice on her Twitch streams, and that caused her a lot of trouble. During one of her video games streams, she made some comments regarding depression, which caused a lot of people upset. She since apologized, by stating, “I’m sorry for my thoughtless comments on depression. I did not mean to hurt or upset anyone. I know depression is a very serious thing and affects a lot of people. I will try to be more aware and sensitive in the future on such subjects. I hope we can get over this together and get back to having some fun! <3 xoxo”

She also had trouble with Twitch officials. One time she let her nipple show on camera, and fans as well official got angry about it, and her account was banned for some time. Luckily for her, she succeeded to get her account back with 300,000 followers by that time, and now she has around 450,000 followers. She spoke about women streamers with quite an attitude, stating how they use their bodies to achieve fame, and afterward, she tried to do the same, and that got her in trouble. But, her physique came in handy to her, as her online fame got her deals in modeling, and she was the face behind brands like G Fuel.

Even though she talks a lot during her streams, she never lets any personal information about her slip her lips. We so far now that she is currently single, and she is concentrating on her rising popularity.

Cincinbear is 5 feet, 3 inches tall. She has black hair and blue eyes. From her Patreon and Twitch account, she is getting her income, as well as many endeavors and projects she enlisted herself into. Cincinbear’s net worth for this 2022 year is around $800,000.