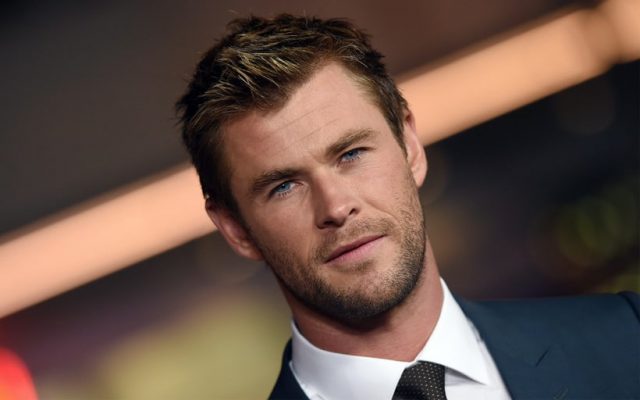 Chris Hemsworth is widely known for his role as a charismatic and powerful God Thor in the Marvel movies. Today, his career is prospering, and his net worth is estimated to be $60 million.

Chris Hemsworth comes from distant and sunny Australia. Born and raised in Melbourne on August 11, 1983, together with his brothers, he shared the passion for acting ever since he was a young boy. However, his first passion that remained till today is suffering; and as the most Australians, Chris enjoys surfing in beautiful and warm Australian beaches.

Soon after he graduated from the university, Chris started appearing in some Australian T.V. shows where he played small roles. However, in order to improve his acting career, he moved to the U.S. and had his first appearance as George Kirk, in the remake of Star Trek, which opened the door for him in Hollywood.

Chris had some roles in movies in the same year. However, nothing can compare with his significant role as Thor in the homonymous film. The purpose of the Nordic God brought him fame and fortune. After this movie, Chris appeared in Marvel sequels The Avengers, featuring the same character, and he has upcoming projects with Marvel producers. Therefore, we can say that Chris is a rising star in the Hollywood sky.

Chris is a talented and good – looking young actor, and he uses his looks to make a profit. As follows, he makes $1.3 million annually just from advertising. He also became an official face for TAG Heuer and recently started cooperation with Hugo Boss company for new men fragrance.

Although he is among the top Hollywood actors and his name is famous all around the world, Chris is a down – to – earth guy who likes to spend his free time surfing in his home country, and be with his wife and three children and the rest of the family.

Back in the days when he starts with an acting career in the U.S, he lived in L.A. where he had a mansion in Malibu worth $4.8 million. It had a chef kitchen, library, four bedrooms and veranda with the ocean view. After he gained massive popularity, he eventually felt homesick and sold the villa and moved back to Australia so that he can be with his family and live in peace. He sold his Malibu villa for $7 million, making a good profit out of it.
Following, Chris bought a new house in Byron Bay, Australia worth $7.2 million, where he lives in isolation and has a big swimming pool, several open balconies, rooms and the whole mansion looks like a tropical resort made of natural materials.

Also, he owns a couple of cars, like Acura MDX and SUV, which cost him around $43,000, and it is incredibly modest for a rising star in Hollywood. Chirs is genuinely different, and we can say only good things about him.

When he was at the beginning of his career, he had around $5 million thanks to his role in Snow White and the Huntsman (2012). Next year his income increased when he appeared on the big screen as nordic God in the movie Thor: The Dark World (2013) where he made $35 million.

The next appearance in The Avengers: Age of Ultron (2015) brought him $5.4 million. Moreover, knowing that he has upcoming projects with Marvel and new Avengers sequels are coming up, his wealth will increase, but for now, his net worth is $60 million.