If you’re planning a trip to the UK, you must consider stopping off at Glasgow, Scotland.

Glasgow is gorgeous and looks like it’s something out of a romance novel. If you enjoy seeing new places, meeting new people, and finding something familiar with them, you should visit Glasgow. Located on the River Clyde, Glasgow is now Scotland’s cultural centre. It used to be a central industrial town, but now has some of the UK’s best concert halls, museums, galleries and more.

Glasgow is also known for its excellent universities and high standards of education. Many students prefer studying in Glasgow and then getting jobs. Eventually, they become residents. If this career path sounds like something you may be interested in, you can visit iasservices.org.uk for all visa, passport, and immigration needs.

Many people visit Glasgow, fall in love, and decide to build their lives in the gorgeous city.

Let us look at some of the best places to visit in Glasgow.

One of the most impressive structures in Glasgow, the Cathedral, was built in the 12th century. The most striking feature of the Cathedral is the architectural detailing – without any visible superfluous ornamentation. It looks like it’s been constructed from a unique mould.

Visitors do not have to pay an entry fee to see the Cathedral, but they accept donations. A visit to this famous Cathedral is considered one of the top things to do in Glasgow. This could also be mainly due to the fact that it houses the tomb of St. Mungo. The Glasgow Cathedral was formerly known as the St. Mungo Cathedral.

Like many structures in Glasgow, the Glasgow School of Art was built in 1909 by architect Charles Mackintosh. He was also a spectacular interior designer and is responsible for the famous ‘White Rooms,’ the ‘Mackintosh Room’ where the Academy of Art meetings are still held, and the specialized designs of the Gallery and Library.

The grand west side of the school is adorned by three 65 ft gorgeous oriel windows with smaller ones on the eastern side. The entire design of the school is based on old-fashioned depictions of Scottish castles.

People who get bored visiting all the Scottish castle-designed structures should take a stroll through the famous Necropolis. The Necropolis Garden is a gothic Victorian garden cemetery covering approximately 37 acres. The gorgeous garden cemetery has gotten the name ‘city of the dead’ from locals. It is believed to have 3500 memorial stones and sculptures and designs from some famous Glasgow artists, including Charles Mackintosh.

You can head to Castle Street in Glasgow and book one of the many walk-through tours offered by the Necropolis staff. You will also see the influence of the Celts with Celtic crosses and weeping angels.

The ultra-modern Riverside Museum and Tall Ship are one of the few notably 20th-century structures in Glasgow. This Museum has exhibits from the earlier Transport Museum and houses trams, locomotives, model ships, horse-drawn carriages, and vintage cars. Most of these exhibits are Glasgow-owned and built over the decades.

The Riverside Museum and Tall Ship also exhibit the sinking of the Lusitania and other notable features about the immigration and nautical disasters. The Riverside Tall Ship is docked right outside the Museum.

For families interested in visiting Glasgow, the Science Centre is a must-see. Located close to the Riverside Museum, the Science Centre houses exhibits on technology, human health, and regular science stations where children can conduct experiments under guidance.

This Science Centre also boasts a planetarium, a science theatre for talks and lectures, and an Imax cinema hall. When you’re there, you could also inquire about Glasgow Tower. It is opened sometimes for public viewing. It has a freely-rotating tower that offers panoramic views of the city.

The grounds of Pollok House cover approximately 355 acres. Pollok House was the home of the Maxwell family and was built in 1752. The Edwardian architecture and design are attributed to the genius of William Adam and his sons. The grand entrance opens out to several rooms, including the old servants quarters. You can also view Sir William Stirling Maxwell’s private Spanish paintings by Goya, El Greco, Velasquez, and Murillo.

Adventurers visiting this grand estate can also participate in the ‘Escape The Past’ escape game (fully interactive exhibit) that allows visitors to solve challenges, puzzles, and brain teasers and find their way back to the present day. If you have the time, you should also grab a bite at the Edwardian Kitchen-style café.

While this may seem odd, the National Piping Centre and Bagpipe Museum is a bustling, hustling museum. It offers lessons and courses for people wishing to learn bagpipes and drums. These lessons are also courses held in various universities across the globe. The National Piping Centre is home to the Museum of Piping. The Museum has the world’s oldest surviving bagpipe relic – 17th century Iain Dall McKay chanter.

This centre has its hotel and restaurants, so those wishing to learn how to play can stay as part of a residential program. When you’re at the piping centre, you will also find a shop filled with music mementoes, piping-related supplies, music books, and more.

Glasgow is also the host to the World Pipe Band Championship held every August.

Known locally as GOMA, the Gallery of Modern Art has a Romanesque structure that has a changing pattern that features international and local artists, workshops, lectures, exhibitions, and more. The equestrian statue outside the facility usually hosts a cone on the riders head. This is placed to signify a carefree attitude to the authorities. Locals have given up the hopes of ever removing it since it keeps reappearing.

With so many gorgeous places to see in Glasgow, you should plan your trip carefully, leaving enough time to visit all the essential areas on your itinerary. 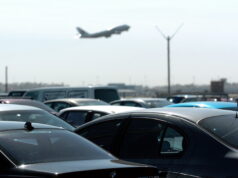 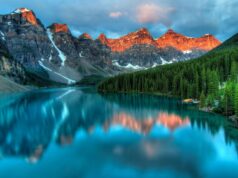 What Are the Best Vacation Spots to Avoid Crowds in 2022? 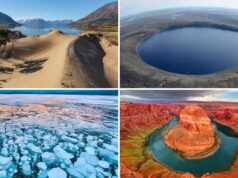