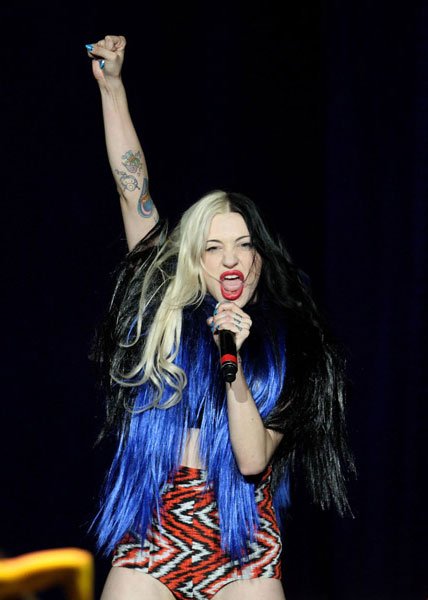 Lil Wayne introduced his newest protege Porcelain Black during the first stop on his “I Am Music II” tour in Providence, Rhode Island, last week. Part Cruella de Vil, part Lady Gaga, the 25-year-old glam-rocker took the stage before her mentor and had concertgoers asking, “Who’s that chick?”

Here’s what we know. Porcelain, born Alaina Beaton, grew up in Detroit and previously recorded with her rock band under the name Porcelain and the Tramps. Formerly signed to Virgin Records, she is now working with hitmaker RedOne on her Universal Republic debut. Her first single, “This Is What Rock ‘N’ Roll Looks Like,” features Wayne and is slated to hit iTunes on March 29. She also appears in Swizz Beatz’ upcoming video for “Rock ‘N’ Roll” alongside Weezy, Lenny Kravitz, and Travis Barker. 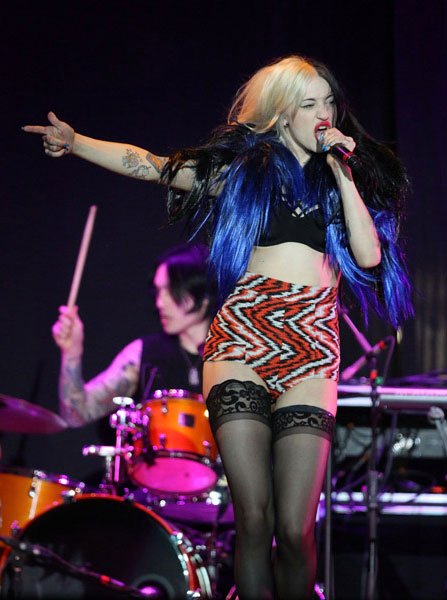