If you happen to know someone who has been convicted of a crime and is serving time in prison, you’ll probably want to establish communication with them by writing some letters. Personal visits may be rare or hard to get approved, so writing is a more reliable way of communicating.

However, there are always some restrictions about how letters to inmates can be written, and these rules will differ from one facility to another.

There are some reasonably constant restrictions that most prison facilities require, and if you know what these are, your letters are much less likely to be rejected by prison administrators. For some information on prison regulations about writing letters, you may find here what you need to know. The information below will also fill in some gaps for you so you have an idea of what is acceptable and what is not.

All letters to prisoners can be reviewed

You may not be aware of this, but all incoming and outgoing mail to inmates will be examined so that contraband substances can be intercepted. Prison officials have the right to seize any letter that includes hair, bodily fluids, or any kind of powdery substance which might present a health hazard or a sanitation hazard.

The primary focus of reviewing inmates’ mail is looking for drugs, and there are a number of ingenious ways that these can be passed on through ordinary mail. That’s why officials tend to be fairly thorough in examining all incoming and outgoing mail for signs of unauthorized or illegal substances.

The Federal Bureau of Prisons has actually initiated a new mail policy. Rather than delivering incoming mail to inmates, letters are currently being copied, and those copies are delivered to inmates. This is one step toward the final goal, which is to have all letters scanned electronically, with inmates being allowed to read them at a digital kiosk located somewhere inside the prison.

Most prison facilities prohibit everything except a written letter on paper, although most facilities will also allow you to include Internet pages or newspaper clippings. There are quite a few items, such as stickers, envelopes, and stationery that cannot be sent to an inmate in prison. However, these policies tend to vary widely from one facility to the next, so you should check it out before writing.

Any correspondence written in a foreign language or using indecipherable content will be subject to delay or censorship, depending on staff availability for interpreting the correspondence. If any correspondence is sent, or if printed materials or pictures are included in the mail that conflict with prison policy, both the sender and the inmate will be notified. Here is a list of items that might be subject to censorship or outright rejection:

It is allowable to include photographs that have been film-processed, as well as any kind of digital copies. Oddly enough, Polaroid photos are explicitly disallowed by most prison facilities. There is no writing allowed on pictures other than a location, name, and date, and pictures must not contain any kind of depiction of nudity, sexually explicit images, pornography, or gang activity.

Most facilities will allow you to purchase a gift subscription of a magazine or newspaper for an inmate, although you should check with the specific prison first to make sure it’s allowable.

You might be surprised to learn how important it is to address correspondence with an inmate adequately. In order to avoid rejection or delays, you must be sure to include the full legal name of your intended inmate, their Department of Corrections number, and the specific address of the facility where they’re incarcerated right on the front side of the letter’s envelope. If you also know the room number and housing unit for your inmate, that should be added to the facility address.

Your own name and address must be included on the return address area of the envelope, or this will result in the instant rejection of your correspondence. No anonymous mail will be allowed to enter the prison facility, so make sure your correspondence is explicitly identified.

If you would like to get specific details about what’s allowable and what’s not when addressing an inmate at a facility, you can contact that specific facility and ask for all the details. If you’re not sure about what your inmate’s DOC number is, it can be researched on your state’s DOC website or possibly on the BOP website, depending on the actual location of your inmate.

Most facilities now provide an option where you can email an inmate residing at that facility. If you don’t want to deal with all the rules and regulations for snail mail, it would be a good option for you to pursue, especially since sending electronic mail is generally much more efficient and faster.

Quite a few facilities now collaborate with JPAY, which is a firm that handles the protocols for electronic mail to be exchanged between outsiders and inmates. It will usually cost $0.25 to $0.50 to purchase a stamp for your email. When you use the JPAY app, you’ll be allowed to send photos or other attachments along with your letter.

For those facilities which don’t have a contract with JPAY, they sometimes offer other services, such as Access Corrections, which will allow you to send emails inside. Of course, all emails sent to inmates are subject to the same kind of review as ordinary snail mail would be. If you should happen to include any content considered unauthorized, you can count on your email being rejected or seriously delayed.

The significant advantage of using email to correspond with inmates is the same as it would be for people on the outside. It’s simply faster and much more efficient. However, if you include anything explicitly banned by a particular prison facility, it will be subject to the same kind of long delays or outright rejection that ordinary snail mail would be. 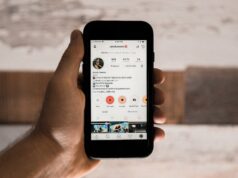 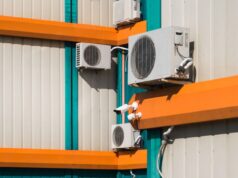 Tips And Tricks For Purchasing The Right Air Filters Online 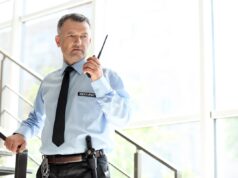