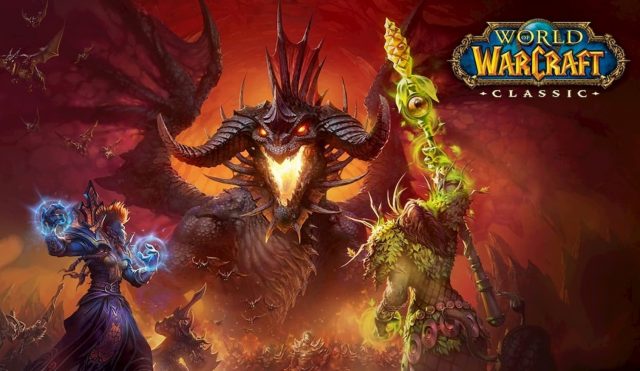 Whether you are an expert in the world of online gaming, or you fall to the beginners among gamers, there are numerous reasons why the World of Warcraft should be a game of your choice. Although the game itself has been occupying the attention of millions of users worldwide for about 16 years, the game does not fail to interest the newcomers, therefore, it is easy to conclude why it is considered one of the best possible games of its type and the fact that it exists for such a long period indicates that there are even higher standards to be set.

This particular title has been recognized as one of the champions when it comes to the revenue it has made during the years, which does not come as a surprise when we take into consideration that there have been more than a hundred million registered players playing World of Warcraft, who battle their way through the game and develop their characters to the mesmerizing levels. Therefore, it is easy to conclude that the World of Warcraft has to offer something better than the others and that this game has no real competition to face. Although online gaming has been on a skyrocketing rise in the last decade, this MMORPG remains one of the leaders in the franchise and continues to provide an astonishing experience to its players.

The World of Warcraft does not stand on its own, since it descends from the Warcraft franchise which has been introduced to the world in the distant 1994. Everything since then is history, forasmuch as the gaming world has majorly been changed under the influence of this particular title. Even the movie about Warcraft has been introduced to the cinephiles in 2016, but the audience was dissatisfied with the overall representation of this iconic game headline. Namely, most of the viewers were disappointed with the outcome because of the omitted parts of the whole story they consider important, and primarily, for the reason of the terseness of the material provided. Therefore, the people in charge are carefully planning the movie sequence and are careful with the disclosure of the sequel.

If the rich history of the whole franchise is not enough to persuade you to try your luck with the World of Warcraft, you should read carefully through the following lines which might change your mind and assure that this is a game for you.

1. What is Important is the Level

Both the newcomers and the old, inactive owners of accounts of World of Warcraft fear the same thing, and that is that they will simply not be competitive because of their low level and the astonishing 16 years of game existence. Although this is a thing to think about, the game producers have made the path to reaching a higher level as clear as it has ever been. Although it all depends on the player, certain relieves have been made in order to reach the maximum level, a player will have to spend one-third of the time it would need before the implementation of new rules, according to estimates. To utilize everything they have been offered, players can use multiple tools provided online to reach their goals even faster, so you may read more to find out what it is all about.

Before you start playing the World of Warcraft, you will have to create a character who will act as your avatar inside the game world. Although creating adequate character might seem tricky, it is a perfect way to implement what you expect from the game and transform it into something you can use. Namely, after you have chosen your server, there are two factions you need to choose from, the alliance and the horde. Afterward, you pick a specific race, based on your previous selection. There are no perplexities linked to the first three selections, but the following should be made according to your preferences. Strictly speaking, you should choose among twelve different classes, but bear in mind that your choice cannot be altered later in the game, so you end up with a pick you have selected first.

3. The Race and The Class

What is amazing is that whatever race you pick, you will be provided with two special features unique for the selected option. On the other hand, it gets a little bit trickier when it comes to the selection of the class of your character. Namely, since there are 12 different classes, you should select the one that fits your gaming style the most. Therefore, if you enjoy damaging your foes the most, the reasonable decision would be to play as a warrior, while you should select a priest, a monk, or even a druid if you think you contribute to your team the most as a healer. On the other hand, if you enjoy standing up for the others, make sure you play as a paladin. These are just the basics, so you should figure out what to do when you see all possible variations.

4. The Ease of Playing

Although you will need to devote both your time and energy to achieve something in the World of Warcraft, the game is basically self-explanatory, so you should not have difficulties realizing what and when to do. On the other hand, you will have to make an effort to realize all the potential things your character is capable of and to make yourself proficient in battling the enemies. It is the time you need the most so you could dedicate yourself to making your character the best possible version of itself since all the other conditions have been arranged to aid you.

We all know that reading the quest-related text might get a little bit strenuous, but the devil lies in the detail, especially if you are a beginner. Namely, it is expected from you to be eager to fight as you enter the world of World of Warcraft, but reading through the material about your mission is prepared so you could enjoy the game more profoundly and so you can get introduced to the astonishing history of the Warcraft saga. Dedicating extra time to these aspects puts you in front of the ones who fail to understand the big picture, therefore, you will find a way to use the harvested knowledge in the later stages of the game.

Whether you have played World of Warcraft before or you have not encountered this masterpiece earlier, the previous lines should make you consider trying your luck with it. The only thing you need is time, and the time is something that you will be missing when you start fighting your way up, whether you play as a Horde or Alliance member. Since the conditions for the new players have been significantly facilitated, you should not be having difficulties in making your character competitive. Choose your path wisely!