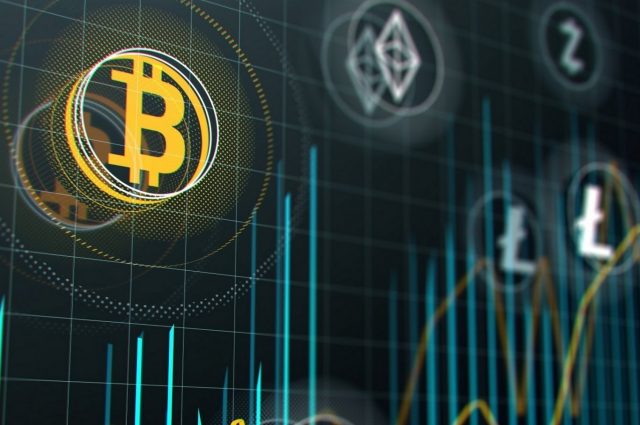 A lot of people that are involved in the cryptocurrency communities have made a prediction that digital currencies will replace traditional fiat currencies in the future. Mainstream economists do not agree with this viewpoint. There are a few financial institutions that have agreed that they wouldn’t be against working along with digital currencies to one degree or another but not to the point where cryptocurrencies would completely replace fiat money.

We have come to the stage where cryptocurrencies have not replaced traditional currencies yet but there are definitely signs that some traditional businesses are embracing Bitcoin and altcoin to a certain extent. According to that site, there are 75 businesses located in New York City that accept payments by Bitcoin. Some even have a Bitcoin ATM and only accept this cryptocurrency as a payment.

Will Cryptocurrencies Ever Beat out Fiat Currencies?

According to the Deutsche Bank, they will. A new study that has been released by the biggest financial conglomerate in Germany reports that fiat will be replaced by cryptocurrencies by 2030. This is huge.

Cryptocurrencies emerged when some people decided that there was a better way to handle money versus having it go through financial institutions, which handle all aspects of transfers including sending, forwarding and the final delivery of fiat money. Cryptocurrencies, on the other hand, are decentralized, global and primarily linked to the mining industry. There are no boundaries either political or geographical for them.

Bitcoin is the largest cryptocurrency and the first one developed. Bitcoin and altcoin are not legal tender right now and regulators in various countries really don’t have a clue in terms of what to do with them. They wonder whether they should be considered as goods, securities or as currency. The emergence of these digital currencies has sparked massive debates on a worldwide basis.

The demand for cryptocurrencies continues to rise by the public since they can be used with anonymity and offer a dematerialized approach to making payments. According to the report, this demand will spread as more and more people learn about it. The introduction of these currencies, however, will run into a number of different barriers including the legalization of them by governments of countries around the world.

These barriers would be best solved if large companies embraced them. It would give them a foothold in the mass-market and this would be especially true in terms of mobile applications.

In terms of trading, investors have a number of different vehicles that they can put their money into. These include real estate, commodities, currencies, bonds and stocks. Crypto trading is on the rise and smart investors deal with both traditional and cryptocurrency non-traditional trades. While fiat trades can be done using the forex (Foreign Currency Exchange), Bitcoin and altcoin are traded through crypto communities.

There are software platforms available for people that want to trade fiat on the forex but if you decide to trade cryptocurrency, it’s a bit different. You must first have an account on an exchange for cryptocurrency since these currency exchanges are done through organizations that are privately run.

You have 2 options when it comes down to crypto trading. The first one involves selling or buying straight up. The exchange will provide you with a price list and you can make your purchase at that price. You can also sell your cryptocurrency in the same manner. The second way involves keeping track of prices and initiating buying and selling orders.

This all involves keeping on top of the short-term market conditions and anticipating any changes that may be on the horizon. Much like trading on the forex, there is a lot of volatility in the market and there can be huge swings from one moment to the next. Even things that seem unrelated such as changes in unemployment numbers can create a drastic change in prices of both cryptocurrencies and fiat currencies.

When it comes down to one beating the other, cryptocurrencies, especially Bitcoin, outrank fiat currencies by offering a number of different benefits. Cryptocurrency is not centralized and is not controlled by the government. This means that the investments made are more secure than those made with fiat money.

Fiat money can also be forged and the amount supplied by the government can go up or down as authorities see fit. As the production of money by the government goes up, the overall value of the fiat goes down. Bitcoin, on the other hand, along with many other cryptocurrencies, will only have a limited amount of units available. This means that the value is unaffected by the amount circulating across the world.

When you first start looking at your choices you’ll see a number of different currencies available including the following:

These are the 7 best cryptos available on the market in 2023. In total, there are at least 7,000 cryptocurrencies to choose from but those listed above are the ones that are trending right now.

Bitcoin is the leader in the market accounting for more than 57% of the crypto market. It is the biggest name and as a result has more worldwide acceptance than the others.

Litecoin has many of the same features found with Bitcoin such as a faster confirmation time and it caters to people with ordinary PCs due to its lower system requirements. It’s easier and faster, making it a top contender when it comes to currency investments.

Ethereum consists of a software platform that uses blockchain technology for exchanging its currency, which is called ether. It has quickly become the second-largest cryptocurrency in the world. The platform has become very popular and this is a cryptocurrency worth considering.

Cryptocurrency has the capacity to beat fiat currency in the upcoming future. This is why so many investors consider it to be very lucrative and something that shouldn’t be ignored especially when putting together a diversified portfolio. According to Casino Robots altcoins are becoming more mainstream and there are even casinos that accept Bitcoin or Ether as payments. 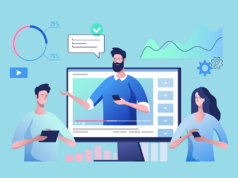 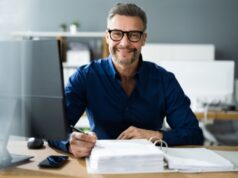