Home Betting 5 Most Unusual Bets We will Possibly be Able to Make for... 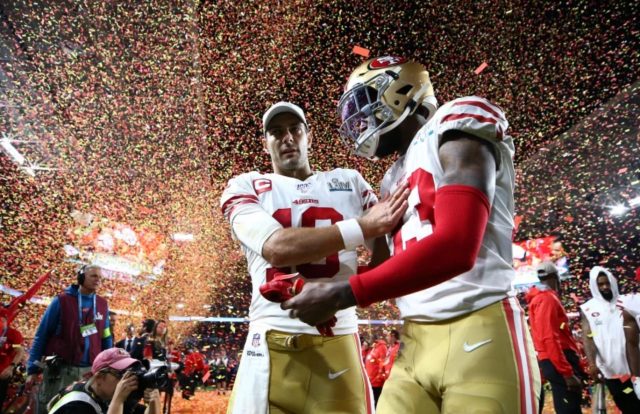 As much as it is the great finale of the season in the most popular sport in America, the Super Bowl is a spectacular show appealing to large masses all over the country and beyond. This, combined with the whole atmosphere that comes along, is what makes the Super Bowl one of the most significant sporting events of the year in the world. When something is so popular among the crowd, it will instantly be huge among the oddsmakers. Sportsbooks normally tend to offer more and more betting markets for their customers as time passes by. You can thus back anything from the winner of the next point in tennis to the number of three-pointers a certain team will score in the first quarter in basketball. The list of options is only getting more exotic with time.

Nevertheless, come the Super Bowl time, the sportsbooks take their outside-the-box markets to a completely new level. They tend to offer the craziest propositions you may have never expected to see. Based on the previous Super Bowl offers, we kind of have a clue about what to expect from the operators on this matter. At the same time, we are pretty confident they would shock us with something new. Checking the pre-game Super Bowl odds is thus always an interesting task.

Luckily, there are sites such as BettingBilly where you can find large lists of the most reliable operators that offer lucrative promotions to both new and on-going customers and are at the same time available in your particular state. Every single of these will no doubts come up with a super-exciting welcome offer with some crazy odds boosts for the Super Bowl game. The vast majority of them will provide some super-exotic lines to attract the players. While the sportsbooks will still most likely surprise us with something new, here is the list of the five most unusual bets we will be able to make for Super Bowl 2022.

1. Will The Weeknd slip during his halftime show performance?

Most of the unusual Super Bowl bets are not directly associated with the game or its outcome. To take a look into these, we should turn the attention to the halftime show and the commercials. We’ve seen some crazy propositional bets for the show starred by Jennifer Lopez and Shakira last year.

People thus went on to bet whether J. Lo. would show butt cleavage during her stage performance. It may not be what the Founding Fathers envisioned for the American nation, but it is highly appealing to people. The weirder the betting line is, the more popular it will be. That’s the rule in general. And when you had Jennifer Lopez’s butt in question, you can only imagine the number of bets accepted by Nevada operators in particular.

The Weeknd has been chosen as the main star of the 2022 halftime show in Tampa. He comes off a massive 2022 on the back of the Billboard 200 No 1 album “After Hours”. His “Blinding Nights” single conquered all American and Canadian lists by a massive margin and we can expect a great show from the lad.

However, he is not J. Lo., meaning we won’t get the same propositional bet regarding his showing. What we could be looking at is something like “Will The Weeknd Slip during the Halftime Show”.

2. How many commercials will include animals?

You can’t quite talk about the Super Bowl without mentioning the commercials. To be fair, American companies do a tremendous job with super-exciting and hilarious ads. People sometimes even talk more about the ads than the game itself.

The presence of animals, horses & dogs, in particular, brought so many commercials to massive successes in the past. Just put a puppy in an ad and you’ll almost be guaranteed to make no mistake. The sports betting operators have adjusted to such trends and they offered lines for the number of commercials including dogs for the past couple of Super Bowls.

Super Bowl 2022 will not go without puppies or horses. This is why the sportsbooks will likely offer the line between 4 and 6 commercials that feature animals. If you are looking for advice, we’d always bet the Over. Never go against the animals.

3. Will Selena Gomez be in the crowd?

Selena Gomez and The Weeknd made one of the most popular US couples in 2018. Nevertheless, the two parted ways after a ten-month relationship. While both have moved on with their lives, sportsbooks may even provide odds for the possibility of Selena Gomez being in the crowd during Super Bowl 2022. Of course, Selena and numerous other stars from the red carpet may very well attend the game.

People love rumors. Selena’s potential appearance may leave a big mark on The Weeknd’s performance during the halftime show. In reality, Selena will never come to see her former boyfriend’s show, but the US betting operators will give you super-long odds on something like that to happen.

4. Will any player propose to his girlfriend after Super Bowl 2022?

Although it is by no means a likely scenario, there is always a chance of a player proposing to his significant one after winning the Super Bowl. After all, if there is any moment that could push him into such a move, it’s making the very top of his sport.

Sportsbooks will no doubts come up with highly inspiring odds for a proposal to happen on the field. Can we take advantage?

Although we still don’t know the name of the national anthem performer at Super Bowl 2022, we can guarantee the odds regarding the hymn duration. Last year, the operators offered lower odds for Demi Lovato to sing the anthem for more than two minutes and three seconds (-175). The famous singer and actress finished her job in 1 minute and 55 seconds. Remember, the odds for the under two minutes and three seconds were as high as +135. We can’t quite discuss the lines and the odds for Super Bowl 2022 without knowing the performer, but the duration should be set at around a two-minute mark.

We expect much more weird, crazy, and unusual betting lines to be released in early-February. Stay tuned as the sportsbooks will not disappoint. 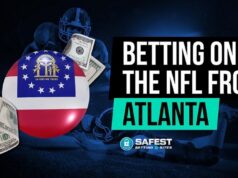 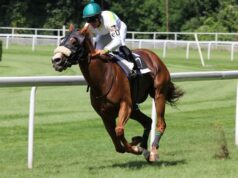 Bet Like a Sharp: Learn the Basics on How to Find Good Horse Betting Wagers 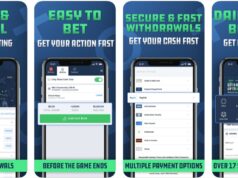