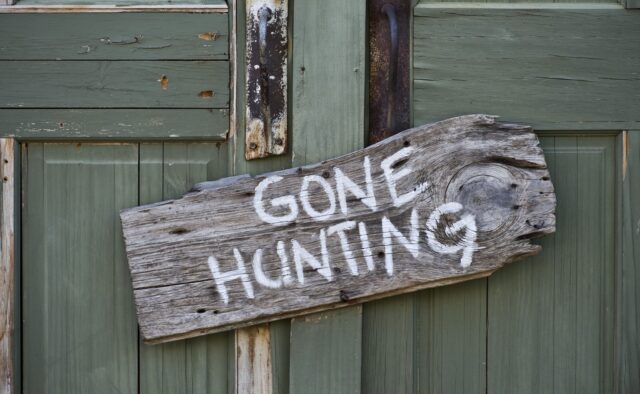 Hunting is a very popular activity that many people do. It is very interesting and includes spending time in nature which is sorely missed by all modern people living in cities. That’s why you will see a lot of people from big cities coming to the forests and other places when the hunting season starts. But hunting is not something to be taken lightly.

Although it is mostly a sport today and not something that should bring food to the table, the principle remains the same. You have to be in good physical condition, know how to handle a firearm, be patient and ready to react quickly. If you are not ready enough for this activity, then it can become very dangerous. Wherever a firearm is included, you must constantly maintain the highest level of focus. And you will also encounter wild animals, which are of course dangerous. That is why it is necessary to read and remember the tips for keeping safe during the hunting season.

You may find it strange why we start with this when we talk about safety, but we will explain to you why. First of all, it means that you are safe in terms of the law, that you cannot get a penalty. The fines can be very large and even can lead to jail time if you are hunting protected species without a license, etc. Also, a license means you know where you are going, which animal is your target and everything else you need to know to make a safe route.

2. Always have at least one partner

This is an activity you should not practice alone. Ideally, there should be at least three of you, but even just one partner is enough. It’s certainly much more interesting when you share this time with multiple friends, but that’s not the most important reason in this case. The most important thing is that you will have help in case of an unforeseen situation. Various injuries can occur during the hunt. For example, you can twist an ankle as a minor injury, but there can also be much more serious injuries that will require medical attention.

It is not an isolated case that the hunter died because he was alone, injured and unable to escape. That’s why it’s important to have one or more people around you. Then you will be able to help each other and get to the hospital. Also, more of you are able to cope with an animal like a bear, and if you are alone, your chances are slim.

When it’s hunting season, chances are huge that you will not be the only one at that place. And that leads to another potential danger. Many times you have probably read in the newspapers how someone shot someone thinking he was a wild boar and the like.

This is because people wear camouflage uniforms when they go hunting, and there is no need for that. They are intended for war, that is, when your opponent is a man whose eye can be deceived by camouflage. The eyes of an animal see in a completely different way than humans and there is no need to use that kind of disguise. That way you only put yourself in danger. That’s why you always wear something orange so that everyone can easily distinguish you. It is best to have orange hat or a large, visible piece of clothing.

4. Never forget that you are carrying firearms

After many years of this activity, weapons become something you are used to. But you must always be aware of what you are carrying with you and what danger it can cause.

Always follow all gun safety codes. Always take into account whether it is loaded or not. Then whether the rifle is locked, which should always be except in the moments before you shoot. Even if you think it is empty and locked, never point it at another person.

Always keep it pointed at the ground or the air, only in this way you will not endanger yourself and others. And don’t keep your finger on the trigger until the very moment you want to shoot. It takes you a millisecond to move your finger on the trigger, so there’s no reason to risk firing accidentally. It would also be good to have a concealed carry backpack to safely carry weapons to the hunting ground. This website can give you the answers are the best models on the market.

As tempting as it may be to warm yourself with whiskey or some other alcoholic drink during a cold morning, avoid it. Even the smallest amount of alcohol can impede your abilities, and as we have already said, you have to be 100 percent here. So drink hot coffee and tea, eat hot food to keep you warm, but leave the alcohol at home.

6. Protect your dog too

If you take your dog with you, don’t forget to protect him as well. Let him also have something orange on him, so that no one else would accidentally shoot him. Also make sure it is legal to take the dog to big game animals. The dog deserves you to protect him because he is your best friend.

7. Be careful while you are on the tree stand

Tree stand is a very useful thing and most of you have used it at least once. This is the place where you will have the best view of the whole terrain and also animals will not smell you easily. But be careful not to fall off the tree stand, as it is usually very small.

Also, be careful while climbing, and before that check that it is in good condition.

And it’s important to never forget that you shouldn’t approach wildlife. You will happen to encounter animals that you do not want to shoot, such as a deer or some other, but even they can endanger you. So stay away from them both for your own safety and for theirs too.