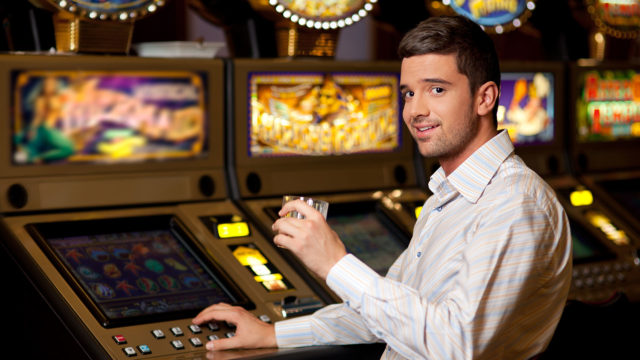 If playing slots is your favorite form of gaming entertainment, you may want to pay attention. Researchers at the University of Alberta have demonstrated that gamblers who experience “near misses” – who come close to winning an online poker hand (at a site like Intertops Poker) or getting a winning spin on an online slot machine – aren’t necessarily motivated to continue to play.

The study, led by recent PhD graduate Jeffrey Pisklak and MSc graduate Joshua Yong of the University of Alberta’s Faculty of Science, examined the relationship between persistent gambling behavior and near-miss events in both animals and human subjects.

The researchers wanted to examine the widely held assumption that a near miss will motivate a gambler to keep trying, based on the belief that coming close on one attempt gives the individual more of a chance of succeeding on a subsequent play. For instance, someone who ends up with two similar images on a slot machine spin is more likely to take another try than if the player achieved three dissimilar symbols.

Jeffrey Pisklak, one of the researchers, explained the reason that he undertook the study. “This is the widely held belief that near miss events reinforce continued play on slot machines.”  In slots and other casino games in which the results of a play are random, a near miss  “is a random event and can’t be used by the player to improve their odds of winning.”

Generally, Pisklak said, a near miss is a “consequence that suggests to a player that they have almost achieved some desired result.” Making free throws at basketball is an example of this. “If you throw the ball and it almost ends up inside the hoop — perhaps by rolling off the rim — you might consider that a near miss,” Pisklak explained. “That is different from throwing the basketball and not hitting the rim at all. Events like this give important information to the player that they can use to adjust their technique and make getting the ball through the hoop more likely.”

Pisklak notes that, while the research shows that near-miss events don’t motivate gamblers to continue gambling, “That doesn’t mean near misses aren’t affecting their behavior in other ways.” According to Pisklak, a near miss may influence which games the gambler might choose to play or alter the amount a gambler chooses to bet.  That, he says, would require further studies.

Many observers are curious as to how the findings may impact casino management. Pisklak said “We know casinos conduct their own research and have access to data many researchers could only dream of obtaining…..if near misses do not reinforce the frequency of gambling, there is a strong possibility that casinos and slot manufacturers already know this, and have some other reason for making these events so prominent on their machines. But perhaps not.”

The study may have implications for problem gamblers as well. There’s been a lot of interested into how near misses effect neurology or emotional responses. It’s known that near misses impact brain activity and heart rate.

Pisklak related to issues surrounding his research and problem gambling, saying, “Much of this is done under the assumption that near misses are contributing to increased amounts of play. If that assumption is not justified …, then it may mean that a lot of research is potentially superfluous.

For instance, factors such as the schedule of reinforcement the games’ run on, and how this schedule interacts with a phenomenon known as hyperbolic delay-discounting, is potentially a much more promising line of research in terms of understanding how casino games come to control behavior so effectively.”

Yong and Pisklak based their research on noted behaviorist B.F. Skinner’s belief that near-miss events might reinforce continued play in slot machines. Acceptance of the near-miss effect has remained strong over the years. The researchers sought to present experimental assessments of the near-miss effect as it affects the frequency of the gambling response.

The project tested 8 pigeons and 296 humans in a 2-tiered study. Pigeons were used for the animal section of the research project because pigeons, more than most lab animals, display steep rates of “reinforcer discounting” – meaning that they are highly impulsive. “Steep rates of discounting is a trait shared by problem gamblers, as well as substance abusers more generally,” said Pisklak. “This, combined with numerous other factors … means we can get a pigeon truly addicted to the task in a way that would be unethical to do in humans. Pigeons are, in some sense, nature’s version of a problem gambler.”

Both sections of the study failed to find a reinforcing effect of near-miss stimuli on participants.

Pisklak and Yong published their paper, “The Near-Miss Effect in Slot Machines: A Review and Experimental Analysis Over Half a Century Later,” conducted under the supervision of Dr. Marcia Spetch, was published in the Journal of Gambling Studies. 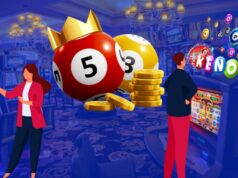 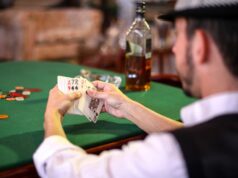