Home Technology Why Use React Native for Your Mobile App 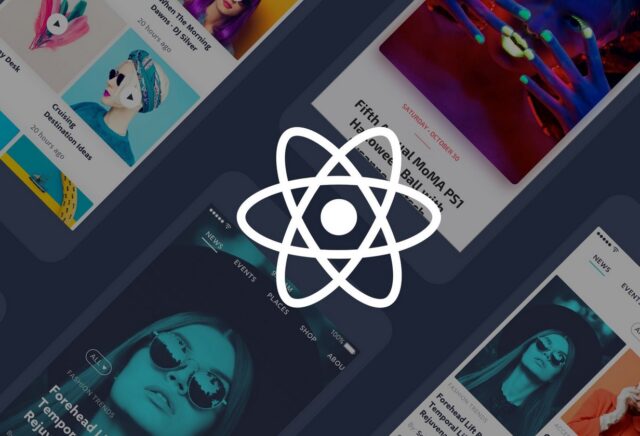 Nowadays, lots of developers, especially the young ones are partially or partially at a loss. They have such a great variety of technologies and frameworks to work with and sometimes cannot decide what to learn and use. What is more profitable? What will bring more money? Which framework is more interesting? Here is the crossroads where every junior developer stays at the beginning of his or her career. That is why I have decided to devote this article to the golden middle of the frameworks and technology world – to React Native. Why is it a middle? Because with the help of React Native it is possible for you to cover two platforms: Android and iOS at the same moment when you develop a mobile app.

In this article, I will reveal what React Native itself and why you should use React Native for your mobile app from the points of view of a simple developer and a business holder. And I suggest not wasting time and get to the matter immediately.

The best way to start is actually to explain what React Native is. For those ignorant of this technology, I will explain swiftly what it is. React Native is a unique technology which is, to my mind, the best framework for reducing headache when you need to develop a mobile app for both Android and iOS. This framework uses JavaScript code which can be reused for creating an iOS app.

The technology is built in such a way that you can easily and a thousand times faster develop native-like apps.

Any app developed in React Native behaves like a native one and has the same look, functionality, effectiveness, speed and features. For now, this is the best cross-platform or hybrid framework which is not so hard to learn, in addition.

So, now let’s take a look why you should use React Native for your mobile development.

Not a secret that React Native has a pretty strong support from the side of the Facebook team and a large and everyday growing community, full of new solutions, fixes, and libraries, and that releases your head from some extra problems.

So, what makes React Native so popular and powerful you may ask. As for me, the reason is the number of benefits and pros of this technology. First of all, let’s look at the benefits.

Amazing function, as for me. This is a kind of mix of such functions as “hot reloading” and “live reloading”. With this function you can inject or drop any changes in the code you have when the app is still running. You don’t need to restart or reload anything, the framework will do that automatically after every change.

When you start React Native it shows some valuable instructions in an engaging way, so you can get everything.

In the recent releases of React Native some accessibility improvements were added like reduction of motion and iOS accessibility motion.

This is another useful function that allows you to find and eliminate some parts of your code in the project you have one more time.

Hermes is an open-source engine that improves and makes better the performance of Android apps. For example, it makes better the time of iteration, the memory utilization and reduces the size of applications.

That’s obvious that you don’t need to hire two teams at once. What you need is to hire one dev team and a consultant from native developers maybe. It will be cheaper and surely faster.

When you have one dev team and a reusable code you can make another app faster and, clearly, deliver the products to the end user as fast as possible.

When you have a small team you can manage it more effectively and achieve more results, and even when you make some mistakes with such a small and operative team you will bring everything in order as soon as possible.

Now, it is time to take a short look and the advantages of React Native.

First of all, it’s worthy mentioning that React Native remains at the top of the mountain because of the constant updates. Facebook cares about this technology and it always stays up-to-date and that, in turn, gives a competitive advantage.

According to the fact that React Native covers two platforms at the same time, it saves both time and money and that boosts the performance and, in turn, you get better results faster than in the Native development.

Now any developer that works on React Native doesn’t need to go to the app store and update all the processes. He or she can do it in the live mode and everything will be applied and reloaded automatically. Great, isn’t it?

Usually to create Android and iOS apps you needed to hire two native teams. And, as a rule, they don’t have any common ground, vision and code base, and the products in that case are totally different. With React Native you don’t have this problem anymore. That new team has the same vision, code base, project and you don’t need a lot of people – one average team is enough.

As I said before, React Native works for two platforms and that reduces about 33% time for development and, in addition, you need just half of the testing.

Now, I think you know why use React Native for your mobile app. Wanna economize and be more effective? Then turn your eyes to AVA.codes and choose React Native Development & get its benefits and pros. Believe me, you won’t miss. Happy work and enjoy your development.