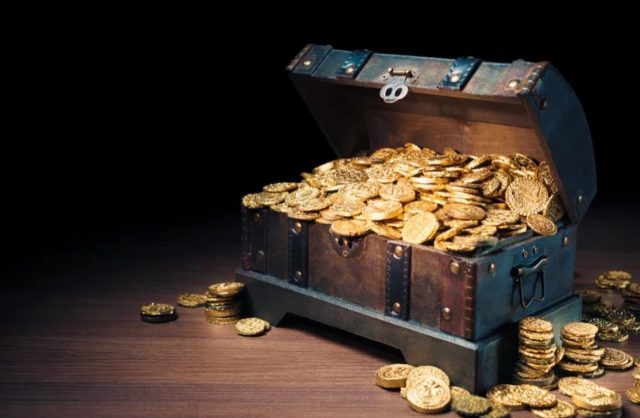 Mysterious stories about the treasures of ancient civilizations, historical kings, leaders, and dynasties don’t cease to intrigue the world even today. We would think how impossible it is that anything remained undiscovered in the 21st century when science and technology have reached their peak. But some historical data prove otherwise. Many viewed the treasure as the biggest trophy seized in the fight, and while some winners managed to save it until their return to their country, others were robbed and killed on the way. Due to that, a lot of treasure is lost and today the world can only guess where it is based on some known facts. Some were found a long time ago, some are yet to be discovered and most likely will be and some may be forever lost to this world. However, archaeologists are still waiting for a new exciting discovery.

The stories that follow ahead will bring you some interesting stories about some of the most valuable treasures that are still missing. If you are interested in scratching deeper below the surface you can always read more about it.

The Catholic Order of the Knights Templar as an organization appeared in Europe in the 12th century. They were nothing but military orders established with the aim of resolving religious issues. Initially, their role was to protect Christians who came to Jerusalem for pilgrimage from Muslims. Later, their role grew and expanded, but all to protect Christians and Christian holy places.

Their power, but also their wealth, grew over time, which King Philip IV of France didn’t like. At the same time, rumors of their secret ceremonies began to spread and Philip IV used the situation to take control. At the beginning of the 14th century, with the Pope’s blessing, he managed to arrest a large number of members of the organization. He didn’t miss the chance to try to access their treasuries, which were actually empty. This priceless treasure is still waiting for its finder.

In the American state of Arizona, somewhere in the rocks of Mount Superstition, popular belief exists about a lost Dutch mine. History has shown that those who managed to find and exploit it, ended tragically, which is why it’s considered haunted. Whether that is the reason why researchers are no longer trying to find that mine or not, we can only guess.

Gold reserves lie in this lost mine. One powerful family from Mexico secretly exploited the gold for a long time, until the moment of the attack by the Apaches. Lots of family members were killed then and the treasure remains untouched and hidden from the public for the next 100 years when the German Jacob Walzer found out about it. He buried the gold he found somewhere in the rocks of the mountain. Since then, several groups have tried to find it but have failed.

The famous Russian emperor Peter the Great ruled from 1682 until his death. During that time, he was known for being able to appreciate real art. That is why valuable objects were an obligatory detail in his chambers. Many of them are in museums today in St. Petersburg.

Prussia Friedrich Wilhelm felt that there was no better way to approach him than a unique gift that will contain just such details. That is why he came up with the idea to give him a unique gift that generations will talk about for centuries. Peter the Great received as a gift a room that was the work of the best baroque architects. Everything that could be seen inside was made of gold and amber. Everyone who saw it was impressed by the beauty of the unique design.

One of the impressed was Adolf Hitler, who is considered the main culprit for which this room was never found.

4. Ark of the Covenant

The Ark of the Covenant is one of the most sought-after relics in the Bible because it contains the Ten Commandments that God gave to Moses on Mount Sinai. Common rumor that construction was made of wood and encrusted with gold exists, and among other things, that it contains two stone tablets with commandments.

Some traces testify to its existence until the 7th century BC. In the 6th century BC, King Nebuchadnezzar of Babylon set out to conquer Jerusalem, when it’s believed that this ark was lost. Otherwise, it would be found among the treasures taken from Solomon’s temple. The second ark, by God’s will, was never made and this one remains lost forever.

On Easter, 1885, an unusual Easter egg arrived at the home of the Romanov dynasty. It is a Faberge egg, which was the work of a respected Russian jeweler. Alexander III considered this an ideal gift for his wife Maria Feodorovna.

In addition to the beautiful exterior of white gold, this egg also had a beautifully designed interior that couldn’t be noticed immediately. Once Maria opened the egg, she found a golden yolk, inside of which was a golden chicken. And that’s not all. The chicken contained a diamond crown as well as a ruby ​​but they were a fake. Fake was made to resemble the one worn by Maria Feodorovna around her neck.

This original Easter gift has remained a tradition in the Romanov family for many years, so the exact number of eggs made remains unknown. According to some rumors, 8 royal eggs were never found and only one was estimated at several million dollars.

The Spanish authorities conquered the Inca Empire in the 16th century and took over their wealth. In the 19th century, the great revolutionary Jose de San Martin became interested in conquering Peru and moved to Lima. Fearful of losing their wealth, the Spanish authorities tried to hide it with the help of William Thompson, the British captain. He tried to deceive them and run away with the treasure, but he was caught. The only survivors of the entire crew were William Thompson and another crew member because they promised to discover the location of the gold. But the two of them manage to escape to the jungle on Cocos Island and no expedition has ever been able to find either of them or the treasure. So the treasure of Lima disappeared forever.