Have you ever avoided walking under a ladder? Or been especially anxious after a black cat has crossed your path? Yes, most will agree that superstitions are pretty silly, and even insist that they don’t believe in any of that garbage. But, take a look when those same people receive a bill that is $6.66, and see them start to look a little concerned.

Regardless if you do or don’t take superstitions seriously, it is a deeply fascinating topic, and certainly worth a deeper look. More to the point; those that play Bingo have a special set of superstitions all of their own. We’ll get to those in a moment.

Why Do Superstitions Exist?

Understanding why superstitions exist at all can be a long, deep dive into psychology. But let’s just stick to some brief points.

At its core, most researchers agree that superstition arises from a fear of the unknown. It may not be immediately apparent, but what a superstition really involves is a very human fear about unknown future events. This can manifest in everyday life, such as those who fear black cats, or it can be based squarely around specific activities, such as those that won’t play Bingo without a lucky charm.

The idea is that taking a certain action today ensures that tomorrow will be better. There is, of course, absolutely no scientific evidence of any kind that backs up the notion. In fact, overwhelming evidence suggests that future will unfold completely at random, despite any preparation made in advance. Regardless, there is a surprising percentage of humanity that still subscribes to the concept of a superstition being able to shape the unknown future.

For the most part, however, superstitions are harmless, and can even be a bit of fun. So there really is little reason to try and eradicate such ideas, and the better option is to simply embrace them, smile, and treat it as a fun activity.

An extremely common superstition is based around the idea of a lucky charm. An object, any object, is said to magically grant superior luck, if the user carries it with them. In times past, and even still today to some degree, lucky charms were often horseshoes, pennies, a rabbit’s foot, four leafed clovers, or a set of dice.

Horseshoes and a rabbit’s foot are seen far less today than previously, but are often still used as universal icons of luck. Four leafed clovers, pennies, and dice on the other hand persist to this day, and are often seen in land based and online casinos. Many online slots extensively use these symbols as themes, suggesting to the player that they are in for a lucky experience if they play the game.

As far as Bingo is concerned, a surprising number of players take lucky charms with them. These items are generally carried in a pocket, or may even be held tightly in a hand. One amusing, fairly well known Bingo myth tells of an elderly woman that refused to attend Bingo unless she was allowed to take her entire set of lucky charms with here. This included multiple framed photos of Elvis, a small statuette of a gorilla, a rubber bouncing ball, and various other items. She became so well-known at her Bingo hall that many chose to sit at her table, jokingly, or perhaps not jokingly, saying that her lucky charms had enough magic to share with everyone.

If you have a lucky charm you want to put to the test, check this site for fast access to a few games.

The next most common superstition seen amongst Bingo players is, of course, lucky numbers.

Though, lucky numbers are another extremely popular idea seen across a broad range of people. Many will use only a certain set of numbers on their lottery tickets, bet on the same number repeatedly when playing Roulette, or will choose the same set of numbers as the password for their computer. Quick tip; having the same password for all your accounts is a bad idea, and may well have an unlucky outcome.

As far as Bingo goes, the trick is that players don’t get to choose their numbers. Instead, the cards are generated randomly, which means that everyone has to accept the numbers given to them. Or do they?

It is fairly common in Bingo halls to see players going out of their way to find a card with their lucky numbers on. This has given rise to small, good natured negotiations taking place, with those who are determined to find their number willing to trade in order to make it happen. In online Bingo some sites allow cards to be traded, or given as gifts, which helps this particular superstition stay alive, even in a digital era.

Last we have the concept of a lucky chair or lucky spot at a table. Some Bingo players will insist that they must be sitting in a special, predetermined chair, or their lucky will vanish. This, once again, gives rise to fun, good natured negotiations occurring in Bingo halls around the world. Most are more than happy to take part in such negotiations, and insist that it even adds an extra layer of fun to the game.

In the online world, the same rule can apply, and many will insist on being in a specific spot at home before playing. This, no doubt, has made laptops and mobile devices the preferred platform for playing, given that some lucky spots may be tricky to reach.

With all of that being said, most will likely still insist they don’t believe in such silly nonsense, and laugh it all off. But, if you think about it, you might just realise you have a few, and haven’t even realised it.

Is there maybe a certain pair of jeans you insist on wearing when going to see a sports match? Or perhaps you only place bets on a certain team, despite how badly they’ve been doing lately? Don’t be embarrassed, most people have them, even if they don’t want to admit it. 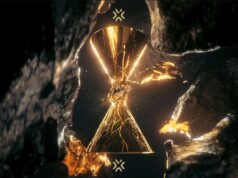 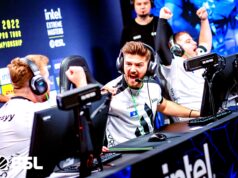