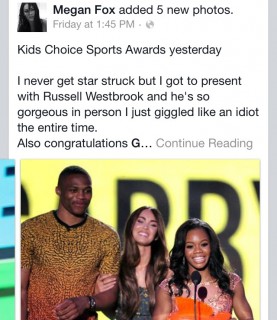 Russell Westbrook and Megan Fox presented the best female athlete award to Gabby Douglas at the Nickelodeon Kids’ Choice Sports Awards Thursday, and it was a pretty big moment for Fox, who apparently has a pretty big crush on the Thunder guard.

Fox wrote on Facebook that she was star struck by Westbrook. We’re hoping this means the duo will star in a sequel to Kevin Durant’s Thunderstruck. 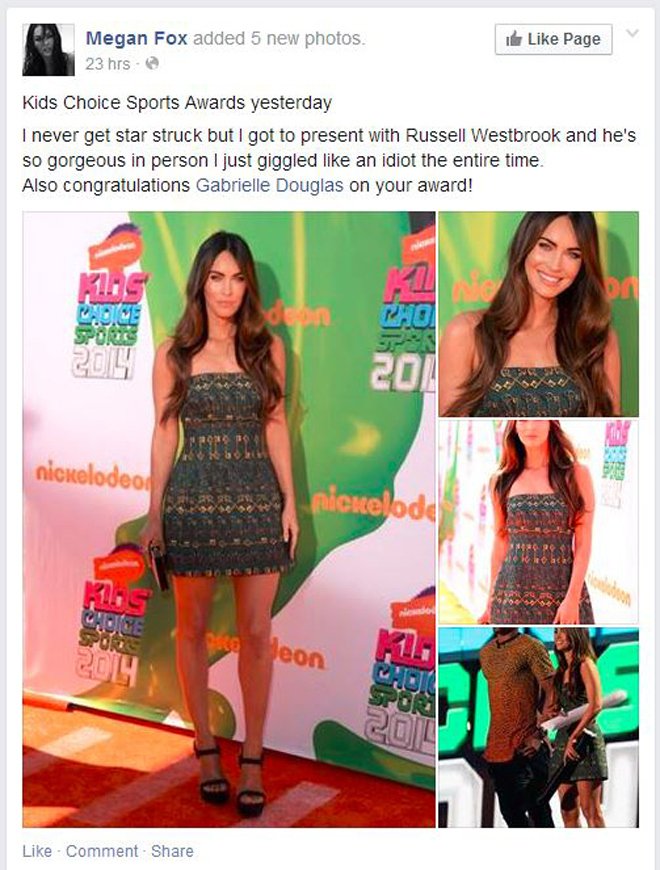 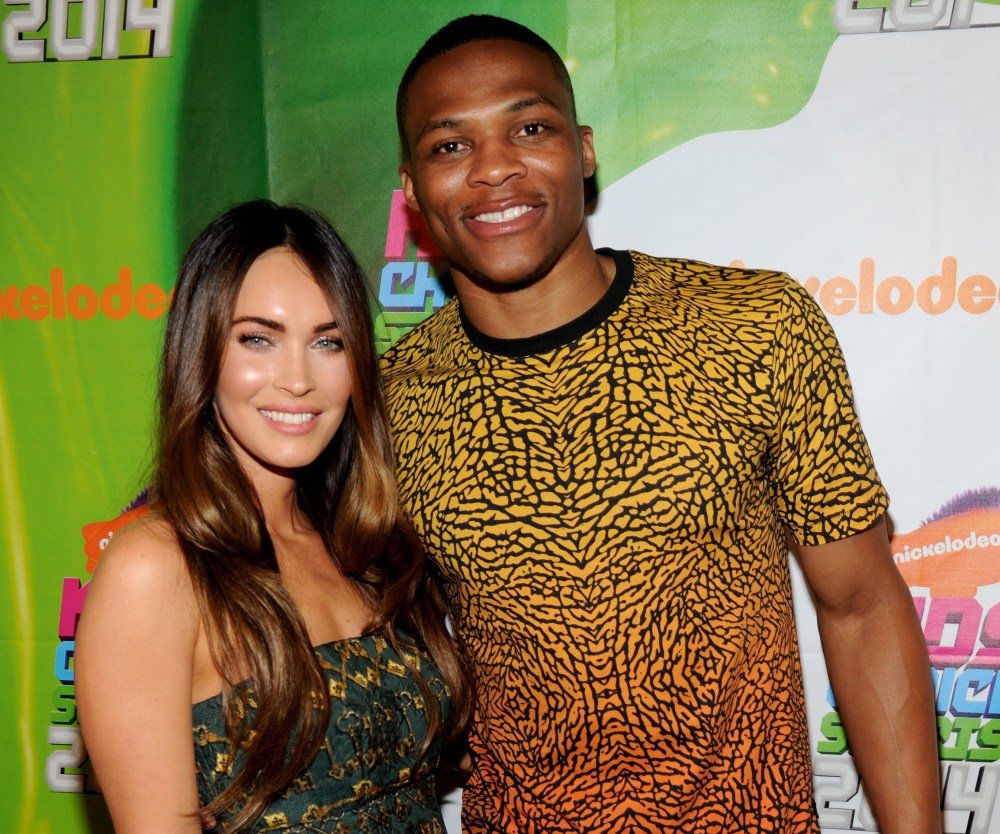