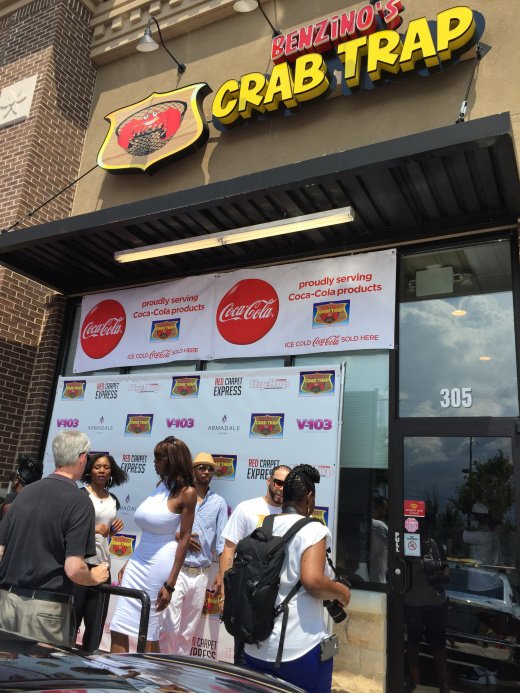 Benzino – editor of “Hip Hop Weekly” and former “Love and Hip Hop Atlanta” cast member booted from the show this season after clashing with his former BFF Stevie J – opened the eatery because he loves to cook seafood and comes from Boston, where snow crab legs are big. He had his family members in the kitchen helping him out day one and his business partner Dave Mays manned the register. V-103 promoted it outside, helping generate a nice steady flow of traffic.

In an interview, Benzino – who just turned 50 yesterday – said he also hopes to open a new nightclub in the same shopping center.

At first, I was taken aback because I ran into Honey Boo and Mama June of “Here Comes Honey Boo Boo” fame – and estranged dad Sugar Bear was there, too. Mama June wouldn’t say what reality show they were on that would cause them to become friends. 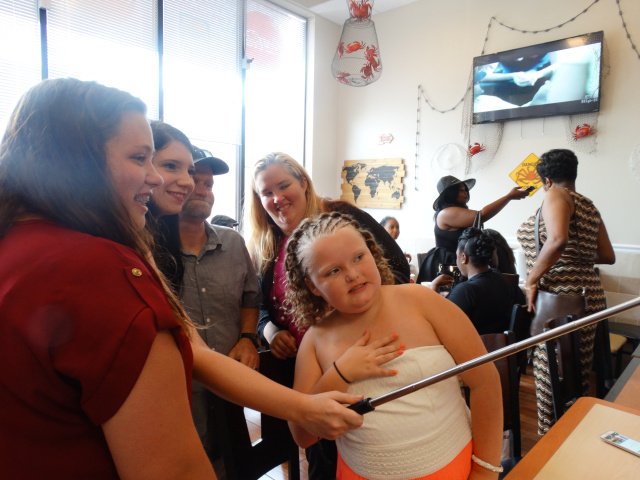 I asked Sugar Bear if he and Mama June had reconciled. He said they were working on it.

Sugar Bear still lives in MacIntyre, he told me, and is seeking gainful employment. He’d like to do trucking. As for his health, he said he’s in good shape. Mama June, who has lost a lot of weight lately since hiring a trainer in March, said she moved back to Hampton because that’s where she grew up. 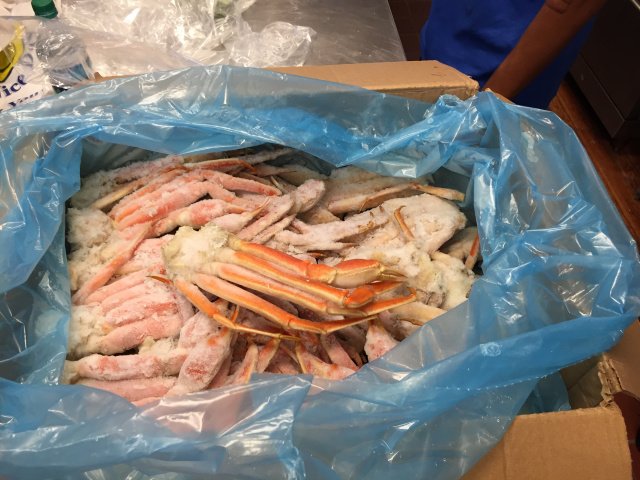